Kris, a high school student, is a human in a world full of monsters. After arriving late to school one day, a humiliating sequence of events leads to them being locked in a supply closet with the school bully, Susie - and then the two find themselves transported to another world. There they meet Ralsei, the Prince of Darkness, who explains that the three of them are the Delta Warriors, heroes prophesized to save the world when light and dark are thrown out of balance. The trio is soon split, however, as Susie chooses to go her own way and sees violence as the solution to every conflict. With the fate of the world at stake, the rest of the team will need to find a way to reign Susie in before she makes everyone's problems worse.

Thus begins the first chapter of Deltarune, a game set in the Undertale universe. While gameplay is largely similar to its predecessor, Deltarune features an expanded battle system in which the player takes control of multiple party members. On the player's turn, they may choose to confront monsters through brute force, social interaction, magic, or even a combination of these. Enemy turns play out as bullet hell sequences in which objects representing the monsters' attacks appear and must be dodged in real time.

UPDATE! Deltarune 60FPS Hack is now in its final release state! Only minor updates are to be expected from now on until the game is 100% perfectly converted to 60FPS.

After several months of work and numerous nights of lost sleep, I have now nearly finished a mod I have been working on the whole time: Deltarune 60FPS Hack.

This mod takes Deltarune: Chapter 1, which by default runs at 30FPS, and reprograms a good majority of the game to run at a proper 60FPS. The idea first came to fruition about half a year ago when I posted a video of this mod as a concept rather than a full project, when the modding tool I used was still relatively primitive and only able to edit assembly code. Fast forward half a year later and now that same proof of concept is nearly finished, and thusly I am prereleasing the mod to the public. 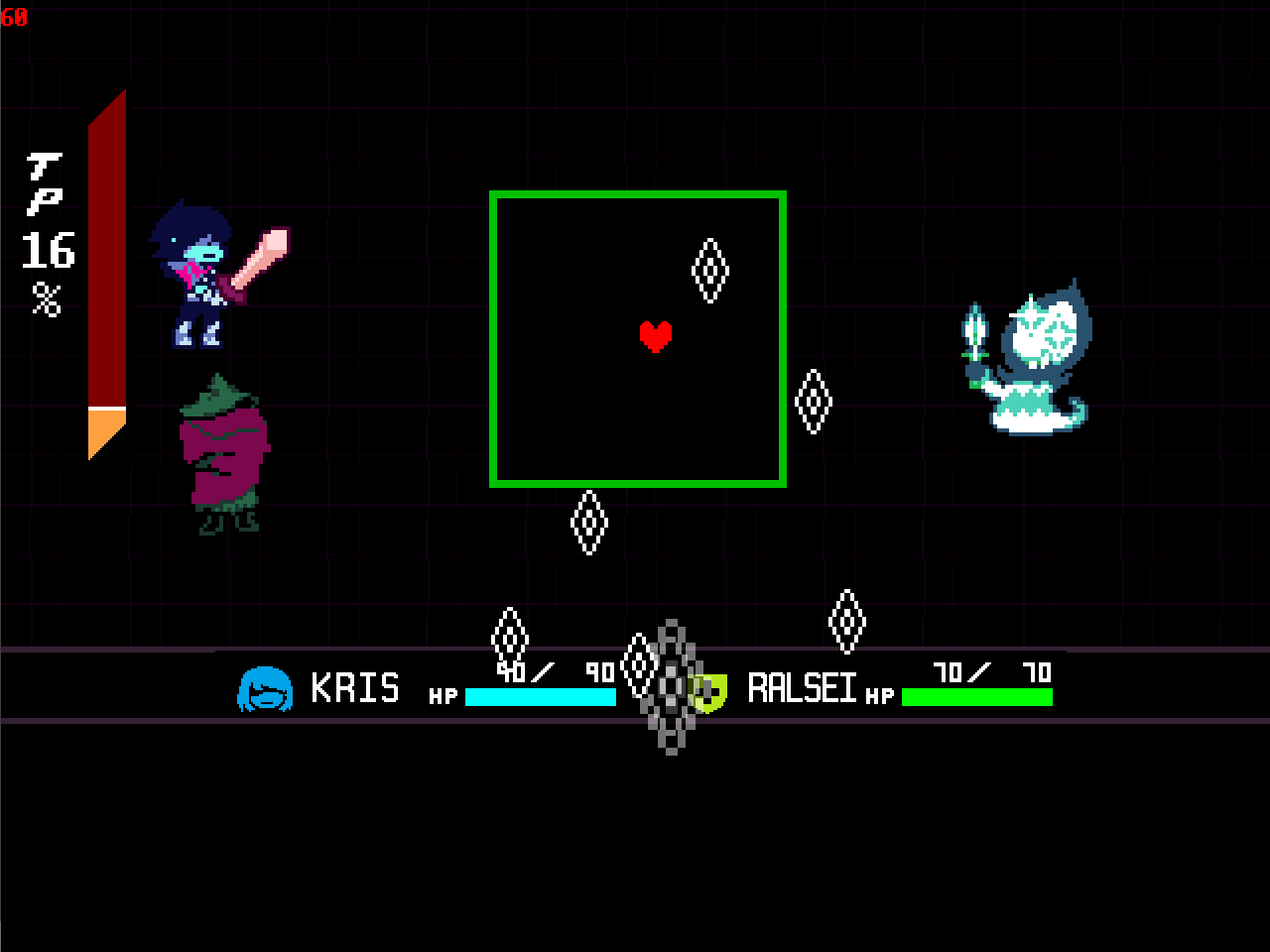 Here is some gameplay of the mod below.

The mod comes pre-built for ease of install. Installation instructions can be found online.

Google Translated version of Deltarune. Poorly Translates all text as well as spoken dialogue and text on sprites.

This is the English version of the Windows build of the mod. All you need to do is download the .exe file and run it, then follow the on-screen prompt...

DeltaRune Music Mod, the purpose of this creation - adding orchestral, or themes that sound greater than intended for the game. With these new musics...

A Deltarune mod that caps the game at a non-sped up 60FPS.