Defend Against The Orcs

D.A.T.O is a 2d top down perspective strategy game about collecting resources and trading them for weapons and armor to defend yourself against hordes of orcs that won't stop coming.Do you have what it takes for this fast-paced 2d horde survival?

You have 90 seconds before night falls and the orcs appear,get your axe and pick and start working!

The sellers will give you some armor in exchange of ingots,greedy assholes....

The sellers will also give you some ranged weapons they have brought from other lands for some ingots,so greedy..

Fearless and brutal these creatures will rush at you without even thinking about it.

Any kind of question send me an email at LFM_Games@outlook.com and i will respond to it as soon as i can.

Thanks for voting and helping Defend Against The Orcs on it's quest to become the 2021 Indie of the Year. You are now in with a chance to score some free games. Help this game secure more votes by embedding the widget (or link) we have included below on your favorite sites.

For the newest version you only have to download a single .exe that is the new launcher,it checks if there is a newer version available,if there is it updates your game for you. 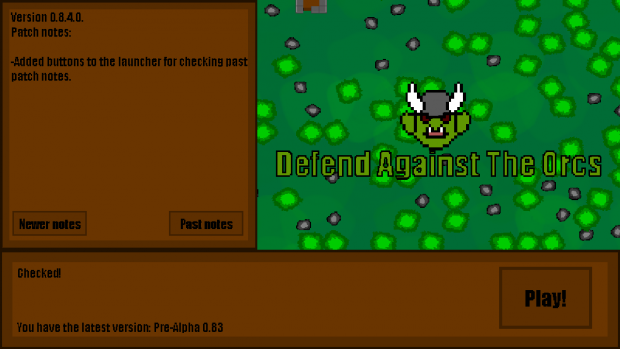 It also has the function of showing patch notes so you know whats new or what got changed.

Also changed the main menu,most important changed the buttons from big sprites to actual buttons,this makes it look cleaner and also makes it easier for translating the game to more languages. 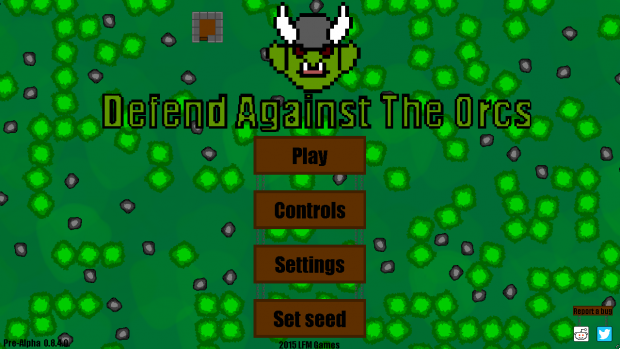 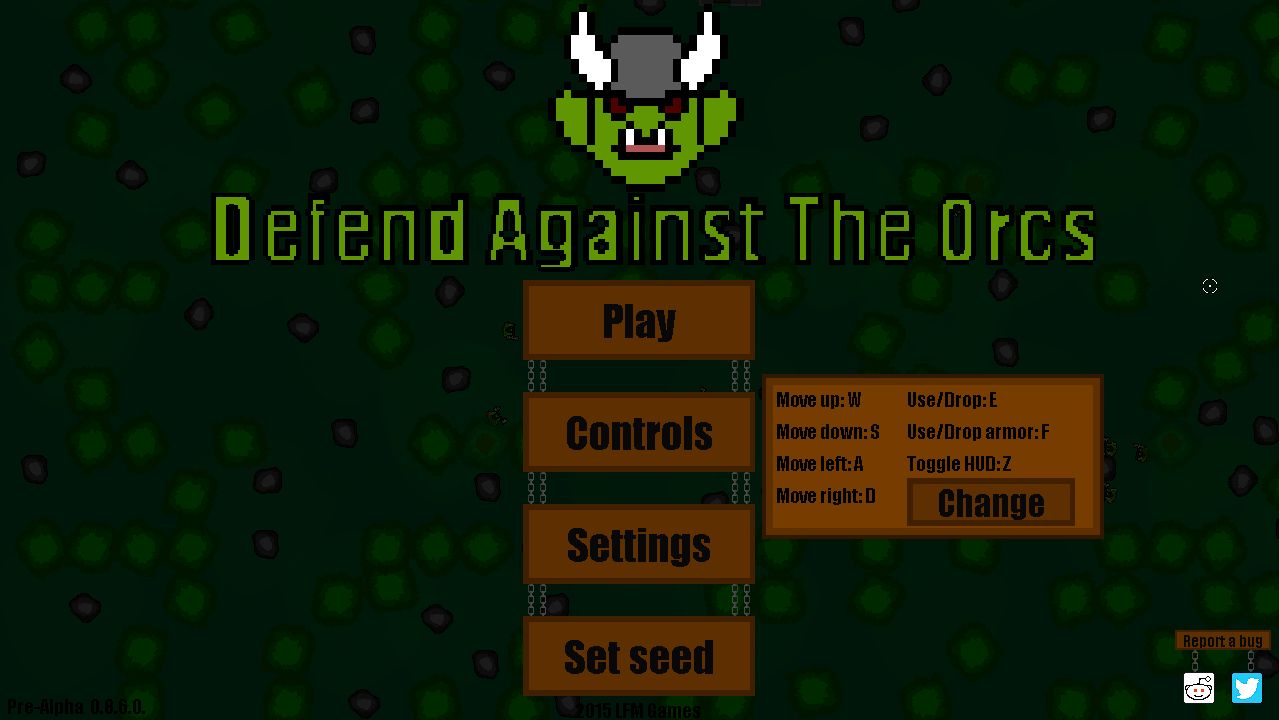 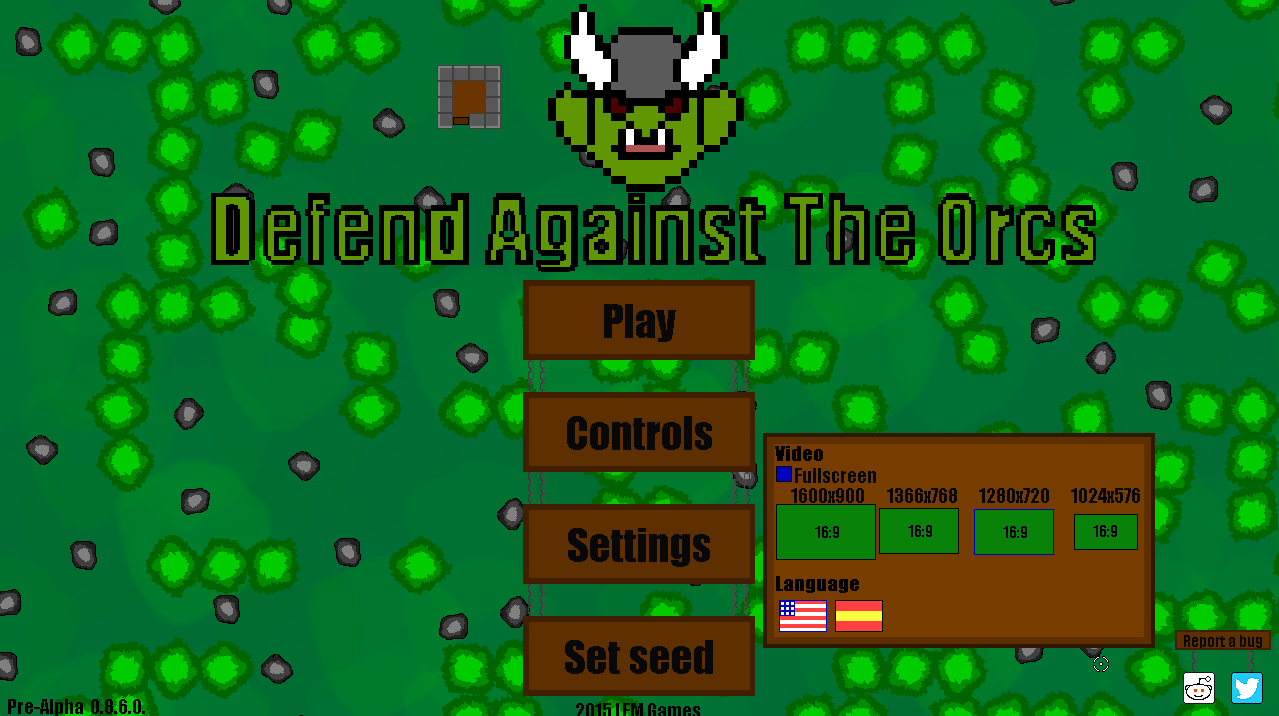 Orcs now leave bodies behind when they die instead of just dissapearing.

These bodies can be decapitated by any weapon just by hitting near the neck.

follow @LFMGames on twitter or go to my subreddit /r/LFMGames to stay up to date with Defend Against The Orcs.

Have you found a bug? Do you an idea or recommendation? Do you want to tell me how much you hate or like this game? Just want to say hi? Any kind of question send me an email at LFM_Games@outlook.com and i will respond it.

Introduced a new weapon and changed sprites to be more festive themed.

Fixed some sounds not loading or working correctly, updated the main menu and the game's icon.

This update changed a lot of things, for example the orcs are now more diverse,HUD isn't clogging space around the player and added a new crosshair.

This week was mostly changes, most important the orc spawning and the trees and rocks generation algorithm was also changed.You can now hold 2 weapons...

For versions higher than 0.8.5.0. you only need to download the launcher to get the newest updates. Latest version: 1.0.0.0.

Indie
Tags
Embed Buttons
Link to Defend Against The Orcs by selecting a button and using the embed code provided more...

Pushy and Pully in Blockland Arcade