Since the last update I have been doing nothing but fixing bugs and polishing the game, and I think I have finally reached the point where I can release a short demo! Progress with the story and general length of the game has been slow because I've been focusing on the engine and what not, but now I think I can add more content a little bit quicker than before.

But here are some screen shots from the game: 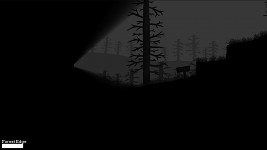 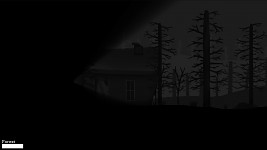 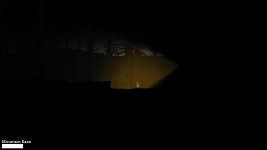 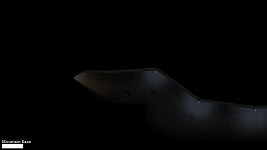 A few notes about the demo:
1. The title screen is temporary
2. There is currently no backing up ability, but it is planned
3. By default, use the 'E' button to interact and close messages
4. Checkpoints are saved to a file "save.txt" located i
n the same folder as the executable
5. The Main theme entitled "Freak" (Played in the title screen) is by Yonatan Luria and I strongly recommend checking out his music here: Yoniluria's Music

Download
I hope you all enjoy it and thanks for all of the support!

Significant changes in some gameplay mechanics and a lot of general house cleaning.

Added the first weapon, a pickaxe, and an enemy to impale resulting in something all horror games need, blood!

Death is a story driven game that is designed to be dark, depressing, and unforgiving. Physical realism is the prime emphasis on gameplay. After waking...

Game gets stuck at the start with the message "Where am i?" at the bottom. Can't move or do anything.

This looks very, very promising! I love the art style, and appreciate you for stepping up to further the cause of the platformer as a legitimate conveyance for mature, atmospheric horror. Yeah, My initial thought involved the "L Word" - however upon actually looking at the game I realized I could happily dismiss such thoughts and this looks to be a very original and genuinely captivating exploration! Very very much looking forward to this and I wish you the best of luck and will be eagerly awaiting the opportunity to sample this!

I think one thing Limbo lacks would be a good atmospheric boost for this game: light. As you showed us in the screenshots, you've included a lantern. I think there is much potential for some nice shiny light effects in general.

Great work on the artistic design.

This looks awesome, tracking! Will it be a cinematic platformer?(ie:gameplay similar to another world, oddworld, heart of darkness, etc)

Never heard of a cinematic platformer before, so going by the Wiki description then it will be cinematic. Hopefully I will be able to make some cool cutscenes too, but that might be out of my artistic ability. Thanks for the interest!

I like the artistic style. keep up the good work!

It could be interesting but...it's really, really too much like Limbo, ...even in the footer... What's the particularities that may be distinguished in your game ?

You don't really need to compare this to Limbo, cos even though this artstyle is similar to Limbo, it has actually been quite commonly used in games and it should not be said to be "too much like Limbo". Limbo is just one of the games with this artstyle that became more successful.

There are definitely similarities. However, unlike Limbo (I think), there will be combat involved. The player will be able to use guns, melee objects (hopefully), and will also have to make use of the environment to kill enemies. The player's health will also be very realistic. You can't fall more than 30 or so feet or get shot in the head and survive.

The story is still a bit in development, I've been focused on the engine, but I recently changed the progression of the game. Originally I was going to have various trials that the player had to pass, each progressively getting harder. Now I plan on making it more story based and less of a level setup. I want to include an in depth character aspect to the game so it's more than a boy running trying to find his sister. In addition I want to implement an Elder Scrolls decision engine. This way the player will have to make decisions based on things/people/creatures they find along the way and that will contribute to how the game plays out. The setting is also different. It will be more medieval feeling to it with stone towers, castles, that sort of thing instead of the city feeling from Limbo. This game will also by VERY gruesome. I really want to make it something that shocks the player in terms of decisions you have to make and the combat.

Basically, I want to take the in depth characters and horror from Silent Hill and combine it with the dark atmosphere of Limbo, even though Limbo isn't the first example of this style.

One last note, the majority of what is done right now is the engine and the introductory area. I am not 100% committed to anything story/level related so there is still time and room for change. I am afraid of falling into a trap where I'm just making a Limbo clone, so if you have any ideas that could differentiate this from Limbo (besides changing from the black and gray color scheme) I'm all ears.

Thanks for the question!