This article covers the changes and new features between 0.2 and 0.5. 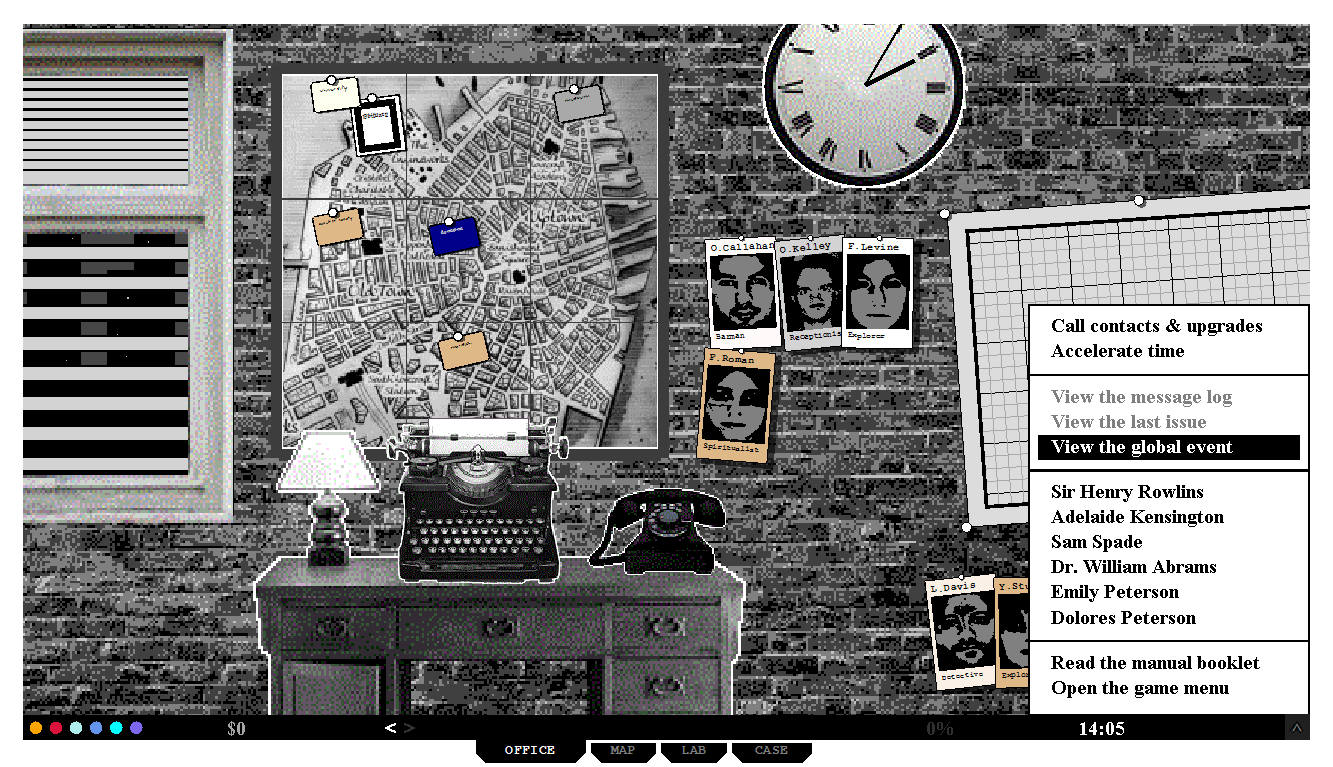 With the recent implementation of the Save & Load Game feature and the shift to widescreen GUI layout with navigational tabs, the development of "Daily Chthonicle: Editor's Edition" enters its final stage.

A new version of the game was released to Steam, GameJolt and itch.io. This article describes all the changes and new features of the last release.

The new layout consists of four different game screens, which can be navigated between using the tabs on the status bar. The screens are: Main Office, Map, Laboratory & Case Files.

There is now a popup menu with shortcuts to all the office features, available in all game screens. To open it, click on the [^] icon in the bottom right corner of the screen.

The wider layout enables the game to show more information: 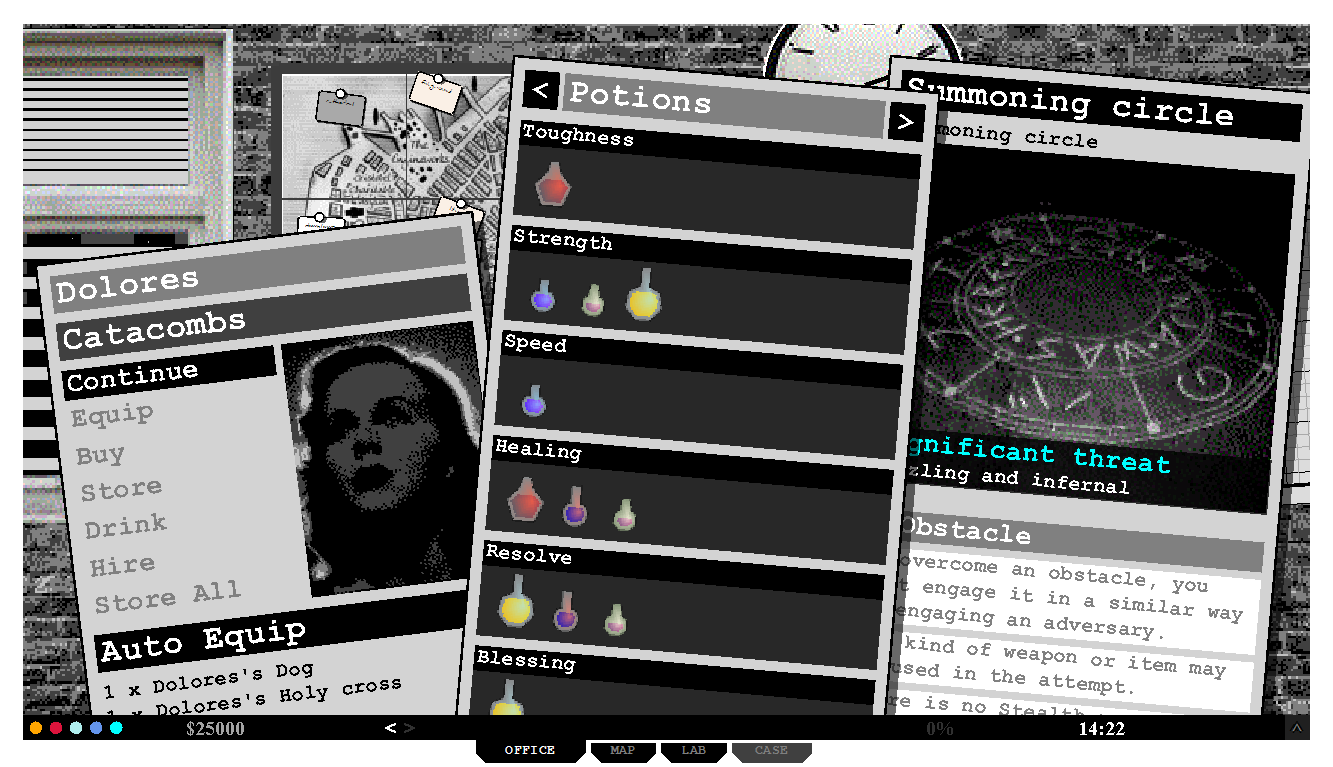 The game now automatically saves on exit or quit, and reloads upon startup. To abort the game (and delete the autosave), select "Restart" in the game menu. The game is saved as "dc.sav" and may safely be backed up or copied from pc to pc.

Note: If the game encounters a faulty or outdated save file, or some other error occurs while loading it, the save file will be renamed to "dc.sav.bkp" and ignored from then on. This allows you to reload it into an older version of the game or send a faulty save file to the developers for analysis.

Steam Achievements And Other New Features

Daily Chthonicle is now integrated with SteamAPI, allowing for 8 new achievements. More will be added in the future! 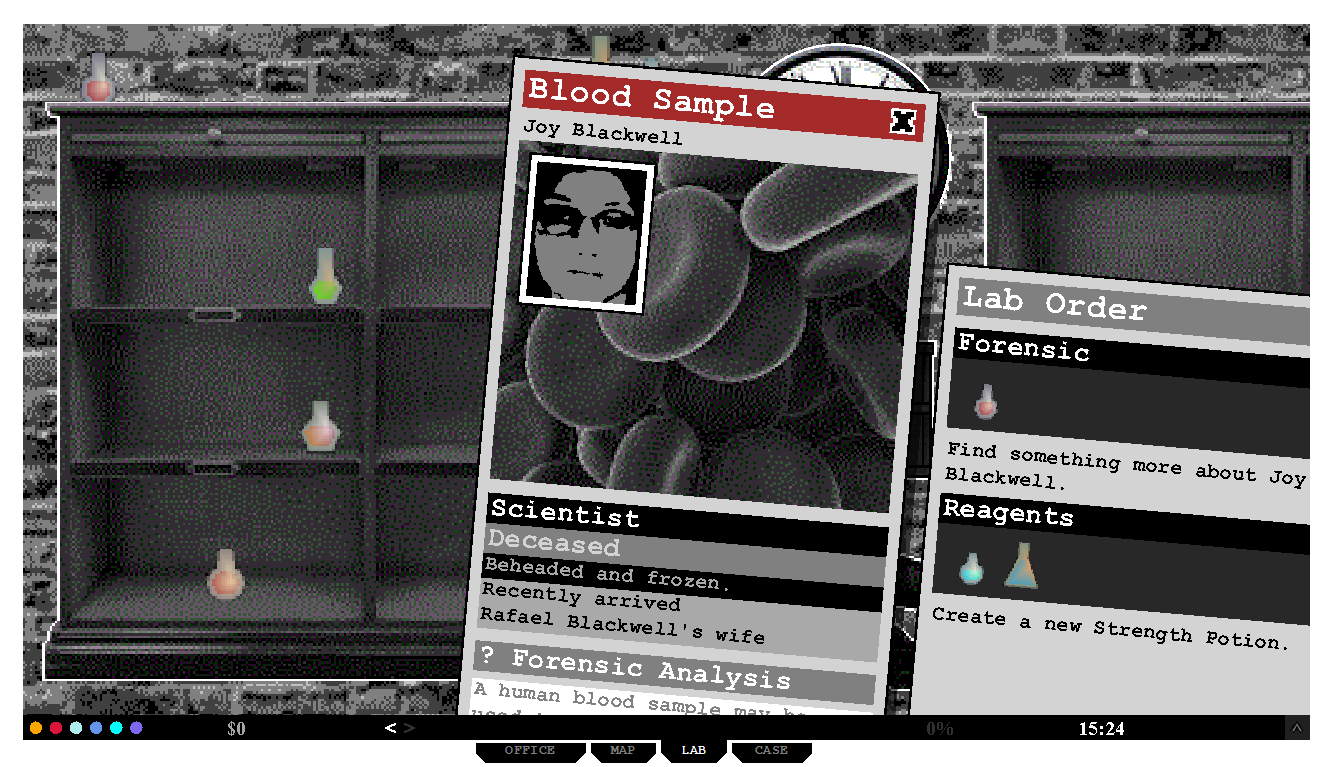 Upon winning, the End Credits are copied to the clipboard, allowing you to save or share the more intriguing (or funny) generated stories. The game also restarts to opening menu when completed or failed.

Many language fixes, among others, plural and singular nouns should now be accordingly paired with proper verb forms.

The face generator was improved and is now less uni-sex, but is not the final version yet.

The past messages can be viewed using the message log, click on the medium drawer to open it. To view the last regular issue, click on the left drawer.

Overall clarity of the interface has been improved with some minor additions: The power of the office is displayed in the status bar (only Medium and Hard level games). The tutorial is now recalled using the "?" icon on the status bar as opposed to right-clicking on the clock. All popup windows now have an explicit close "X" icon. 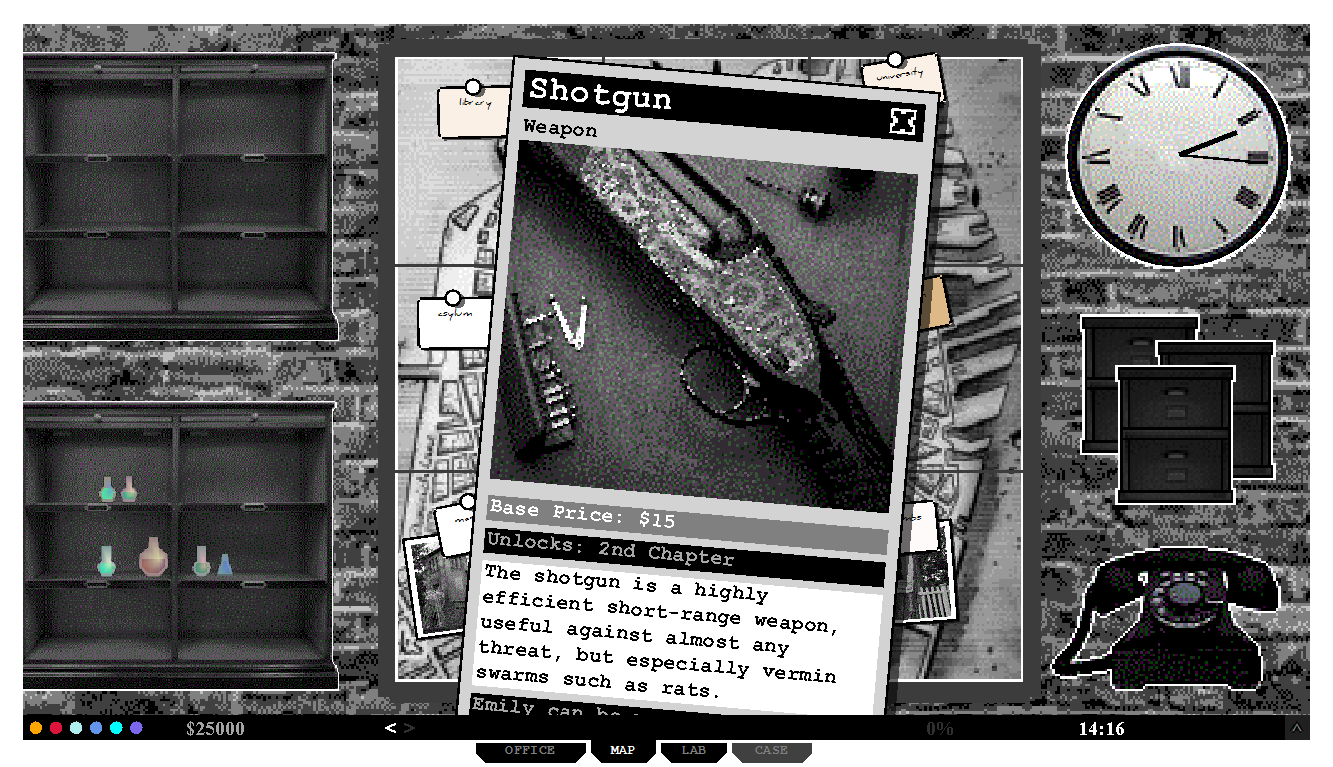 Cheapest Gamer recorded two letsplay series already, first release and updated version. In both series, she plays the game on all three levels. Here is her first impressions video:

Gordinho Sagaz made a video some time ago, but he mispelt the name so I never found him before. I think this is the first fan-made video of this game that was ever made!