CapRiders: Euro Soccer is an arcade online and local multiplayer soccer game featuring 12 playable european teams that can be played by up to 22 people on the same screen! Cooperate with your teammates in this multiplayer soccer game and score more goals than your opponents to win the match! In CapRiders, each player will take control of a footballer and try to win their way in a variety of stadiums, each with their own twists and peculiarities, such as: Flipper Arena, Pool Palace, Circle Garden, Infinite Stadium and more! If you feel like a Pro, challenge your friends in a 2v2 or 3v3 match on the Competitive Arena. Choose among multiple game modes and 12 european teams: Germany, England, France, Italy, Spain, Sweden, Portugal and Belgium, each featuring lineups inspired by famous football players. Play with up to 8 gamepads or use your iOS or Android phone or tablet as a controller by downloading our app, available on the App Store and Play Store. 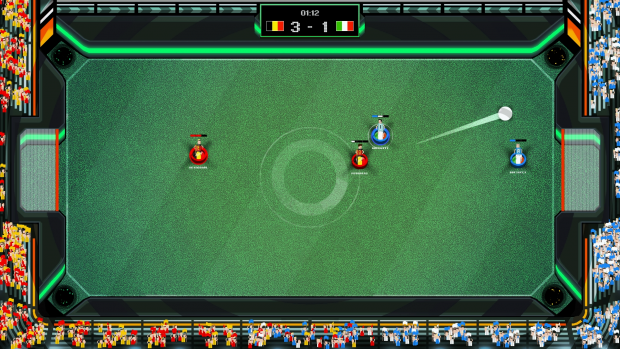