The protagonist Taka is in search of what happened to his mum, who disappeared from his life just before his 6th birthday. Ever since then, Taka has lost all memories of his past. His only memory is a little coffee house in the corner of an alley, where his parents happily brewed coffee and served customers from all walks of life.

While on a plane to his mum's homeland, he falls off the plane and mysteriously finds himself in the city of Victoria, staring at a coffee house named 'Taka Coffee House', the same coffee house that he remembered so fondly during his childhood.

Maybe everything he thought about himself up till this point about his life has been one big lie.

Caffeine: Victoria's Legacy is a choice-rich, fantasy adventure visual novel set in a steampunk Victorian reality. Join Taka in discovering his roots and search for his family's secrets, in a city where baristas are knights and coffee is king.

Story-Rich - There will be romance elements, but story is king. 20,000 words have already been written on world-building ALONE.

Choice Matters - Every choice matters. Characters will remember what you said and react accordingly in later chapters, opening up different dialogues.

Non-Branching Main Plot - From beginning to end, you get to interact with every character, while still enjoying different endings and scenarios.

Animated Sprites - All sprites have been animated in Live2D, giving you a lively experience.

We're serious about coffee - Yes, we are.

Thanks for voting and helping Caffeine: Victoria's Legacy on it's quest to become the 2022 Indie of the Year. You are now in with a chance to score some free games. Help this game secure more votes by embedding the widget (or link) we have included below on your favorite sites.

Sydney, Australia – If your passion for coffee matches your passion for gaming, you’ll get a buzz from the upcoming demo launch of Caffeine: Victoria’s Legacy. Developed by new game studio Kikai Digital, this visual novel tells the story of magical coffee beans against a steampunk/anime backdrop. 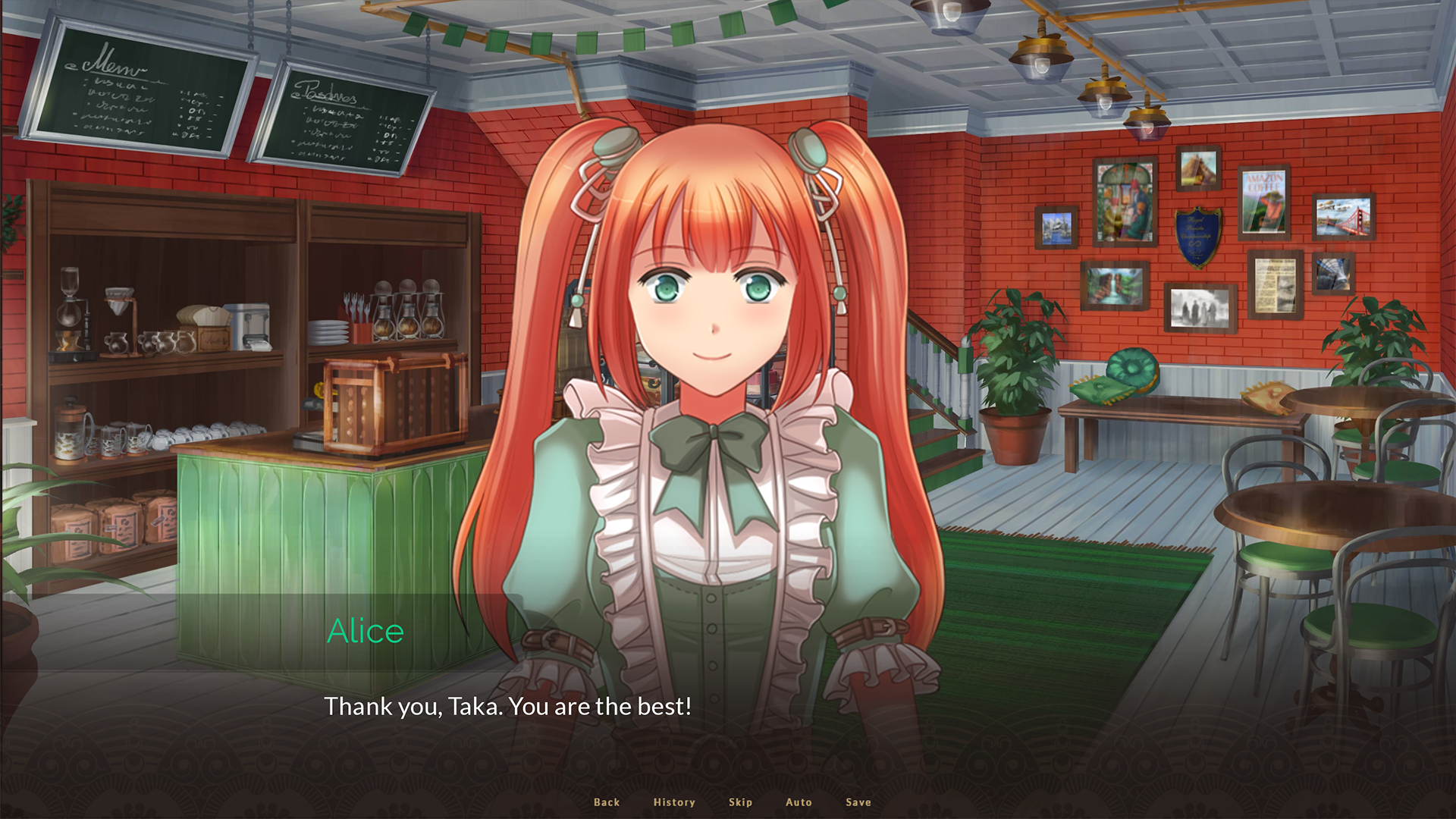 The story revolves around Taka and his search for his mom, whom he hasn’t seen since his 6th birthday. After drinking a bottle of cold brew coffee given to him by a mysterious barista, Taka falls off a plane and lands in a city called Victoria, a Victoria/steampunk alternate reality where technology is at least a century behind.

His journey takes him to Taka Coffee House, where he and his parents used to work and live together. In order to unravel the mystery of what happened to his parents, Taka has to learn how to brew coffee in order to understand the real power of caffeine. 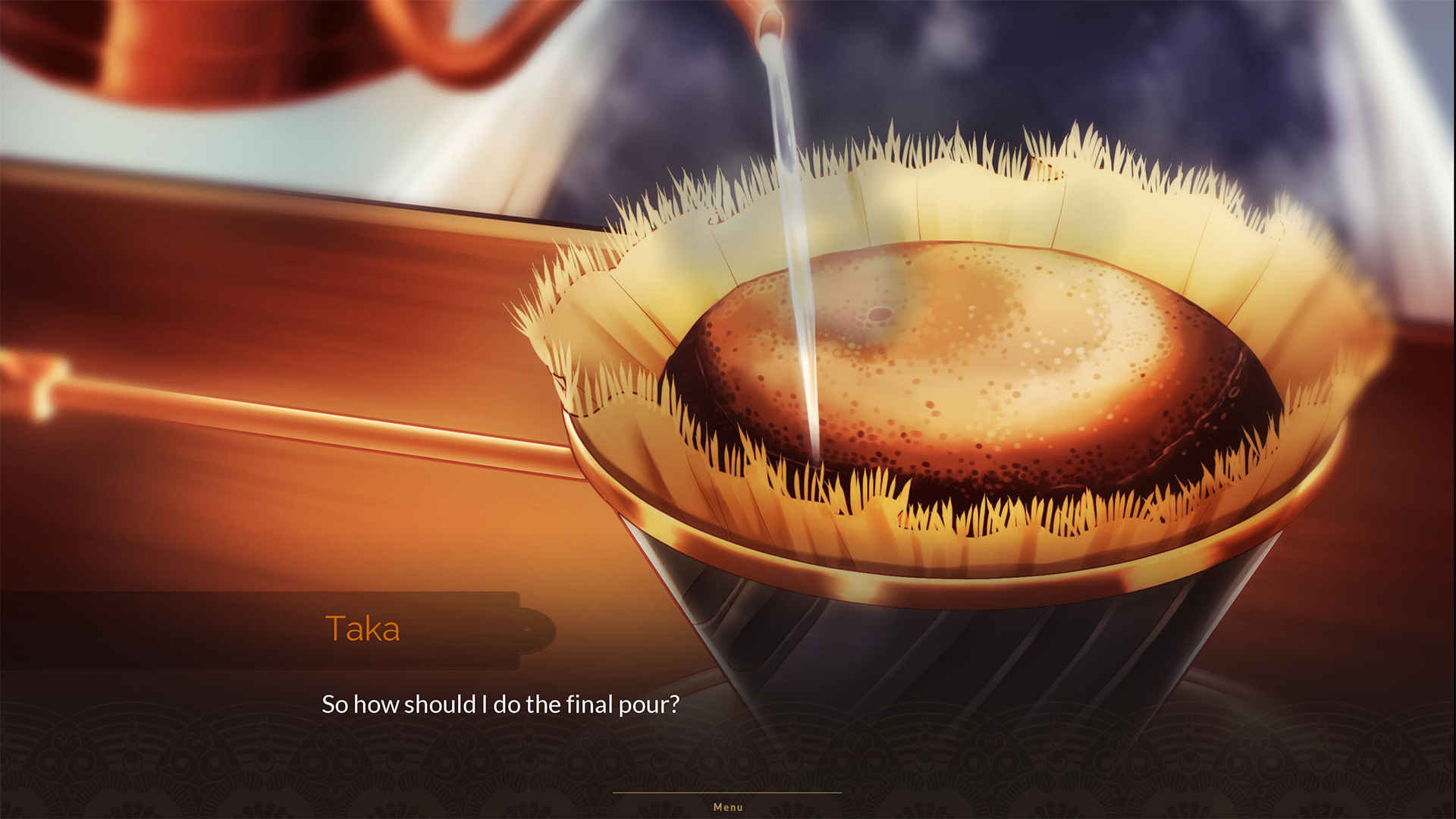 “In Caffeine: Victoria’s Legacy, the story is critical, all character sprites are animated with Live2D, and every choice you make during gameplay matters, either by changing future dialogues or having a huge impact on the outcome,” said Karl Fung, creator.

The team behind Caffeine: Victoria’s Legacy are as serious about coffee as they are about gaming. To ensure all information about coffee beans and brewing methods is accurate and up-to-date, they carried out extensive research into the coffee scene, reaching out to coffee experts and baristas from around the world.

The demo, which provides a 50,000-word story and 1.5 hours of gameplay, has been released on Steam and itch.io ahead of the Kickstarter launch in October.