Burger Party is an addictive burger game for Android. You just opened a burger restaurant, let’s see if you can put together burgers fast enough to satisfy your ever growing number of customers! As you progress through the levels, unlock new items and visit new places!

A new release of Burger Party, feature a pirate boss and mustard!

Burger Party 0.13 is out! In this version I finally gave the Pirate world an “end boss”. The US world had a wrestler, the Pirate world has a pirate chief, complete with a parrot on his shoulder: 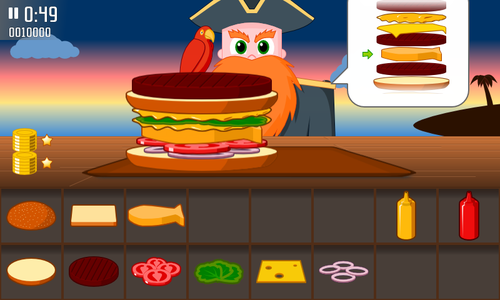 This version also comes with some new achievements:

It’s also been a long time since I last added an ingredient. Starting with 0.13, you can now spice your burgers with mustard! 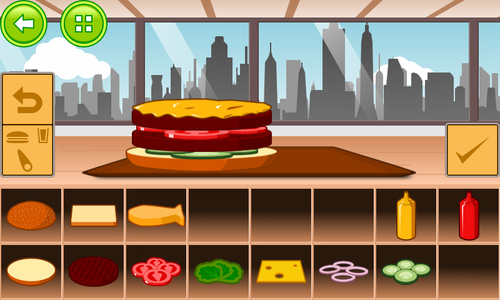 A few other minor changes have been done as well: If you speak French, then you’ll be happy to know the game is now fully translated. Also, a short sound is now played in the game over screen.

The game is getting solid now. I don’t want to claim I am 90% done because everybody knows the last 10% take 90% of the time :), but my list of things which must be done before a first release is shrinking. I hope you like this this new version.

I personally love this type of gamestyle... creating a food. The part which I love the most is that every single person in different area has their own preferences on the burger, it's kinda unique :)