Blokky is a new and unique take on 3D platforming, combining raw player skill with simple controls and intuitive, quick level design, making for a tough yet rewarding side scroller game. Blokky is a cube with attitude, he alone must battle though the challenging reality of the master creator’s levels.

Hello once again, I have uploaded Blokky Beta 0.5 today and have decided that the game isn't really going the way i wanted it to go, and since i've learnt so much since the start of this project, i think it may be time to stop developing this game, but in brighter news, you can now download it from the downloads section, and i have a screenshot below: 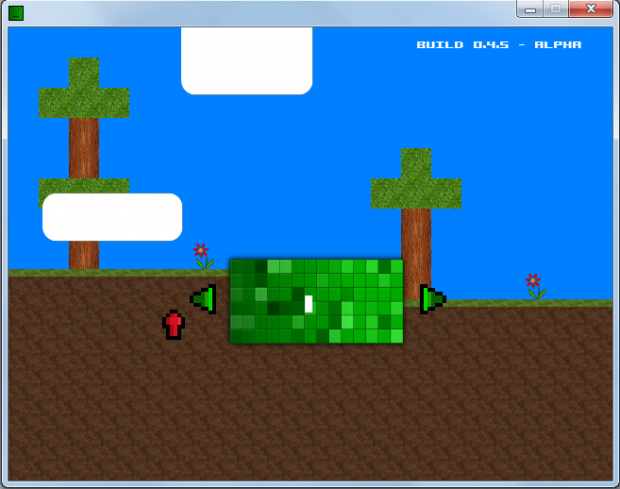 So thats pretty much it, thanks for everything, i'll probably start work on another game soon ;).

Yes, i'm back, and with a great piece of news, i have, or at the time of writing this, will be uploading the Alpha version of Blokky.

It's been a while since last update so i though i'd make this an extra special update. That is, i'm going to start releasing pre-alpha versions of blokky...

I've had some problems with Blokky recently, and unfortunately have not been able to make the deadline. This is due to problems with the Unity engine...

Just a quite update for you about the progress of my game. Added release dates.

The Blokky 0.5.0 Update, i probably won't be working on Blokky too much anymore but i might come back some day and finish it off, Thanks

Err really? thsi is a copy of TERRARIA! just buy Terraria and try it and you will see !

well its more of a bad terraria parody tbh :P

If i had 1 Dollar for every pixel, i'd have 1 Dollar

Thats whats great about Unity, In fact, the core mechanics are almost finished :)

And Yet It Moves Platformer