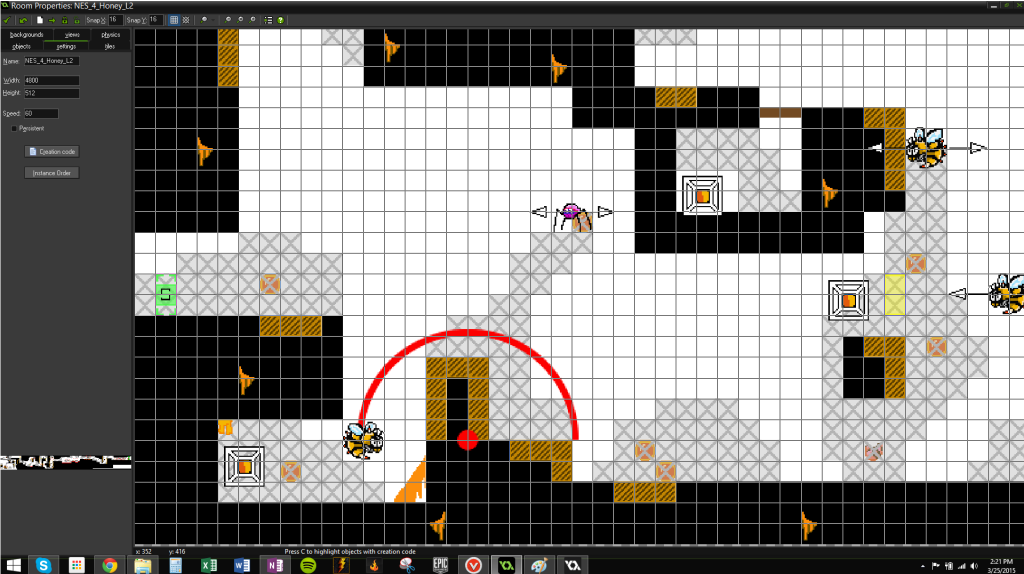 As you can see, each type of tile has a different color, and is placed on a different layer. When the game is rendered by the engine, these colored tiles will be replaced by the art assets that have been created by the Art team. The black tiles corresponds to the floors (placed on layer 0), which is also the same layer our Player Character (BiT) is placed. Anything on that layer is solid, and anything in front of that layer (negative numbers such as -5, for example) will be solid as well. The layers behind 0 (positive numbers) will be behind BiT, such as platforms, interior tiles (for aesthetics) and so on.It’s really amazing to see how the use of layers can be used creatively to improve the quality of the game.For our Design Log #3 we’ll talk about Enemies, including how they are created (documentation) and also some Do’s and Don’ts from placing them on the levels.If you liked the post, make sure you share it and if there are any requests for what you would like to hear from us on our future Design Logs, let us know on our Social Media pages!

We are releasing another minor patch this week, check out some of the new features to be added!

A breakdown of some of the initial design process we go through while working on development for BiT Evolution.

A summary of all changes introduced in the latest 0.3.0 patch for BiT Evolution

Information on the upcoming launch of the NES-Inspired world.

Escape from the Pyramid Platformer

In the Court of the Yellow King Platformer