A fan project aimed at making a playable recreation of the Gotham City from Batman - The Animated Series. The idea is that you'll play as Batman, stopping crime and exploring the Gotham City islands (three) and mainland (Wayne Manor, Arkham Asylum), interacting with famous characters and just generally having fun. Gameplay: - Batman and his gadgets (Batarangs, Grappling Hook, Smoke) - Glide and swing mechanics - Batmobile and Batwing - Decent combat - Climbing and Parkour Mechanics Environment and Systems: - Day and night system - Advanced weather system - Seasons of the year (Rain, snow) - Dynamic traffic and civilian activity - Random crime and encounters - Catching and returning escaped Arkham inmates It will be a long and daunting task but I aim to continually work on the game as often as possible during free time. The project will only really pick up when I have access to more powerful computer hardware. Non-profit project No Copyright Infringement Intended 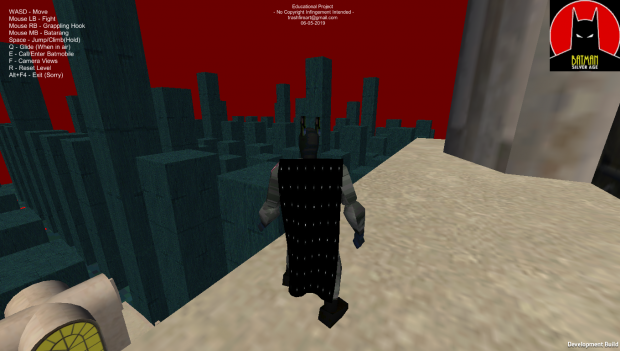