Auralux: Constellations is a real-time strategy game that distills the RTS genre to its essential elements. Auralux features a slow, graceful feel and vibrant minimalistic graphics, all pulsing to the rhythm of ambient music. This game is designed to provide a relaxing, cerebral experience. Every choice matters, and the only path to victory is through clever strategy. Auralux: Constellations is the sequel to the popular sleeper hit, Auralux.

But of all the new features, the most exciting are the “constellations”. Each constellation is a group of new levels that feature a twist to the classic Auralux gameplay formula. These include wormholes that teleport units across the map, nebulae that change the speed of anything passing through them, classic RTS fog-of-war effects, supernovae, white holes, and more. These constellations expand the gameplay light-years beyond the original Auralux without compromising its essential simplicity and focus.

Auralux: Constellations is expected to launch in early to mid 2016. You can follow development here or at Auraluxgame.com

A free demo will be made available before the end of January.

We have big plans for Auralux: Constellations, and the most exciting is right in the title: new “constellations” of levels! Each constellation features a single new twist to the old Auralux gameplay, and each twist breathes new life into the game.

One of my favorite constellations introduces a new object called a Supernova. When you first see it, a Supernova looks like this: 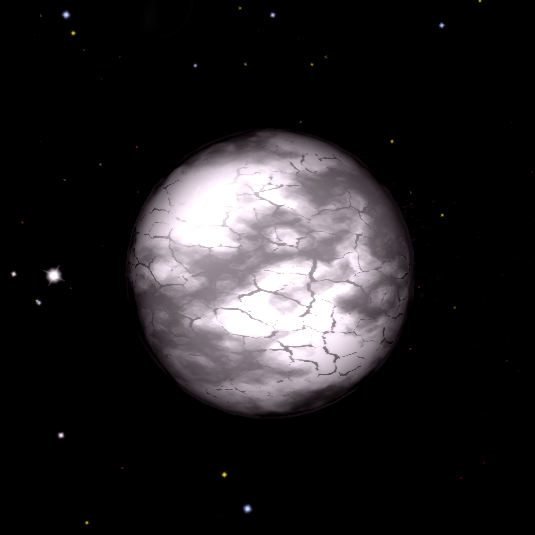 (Please note: All of these graphics are in development! They’re real in-engine screenshots, but the look might change before the game comes out.)

The Supernova is sort of like a bomb. Left alone, it won’t do anything. However, players can choose to invest their units into it. As units enter the Supernova, it will grow and grow in size: 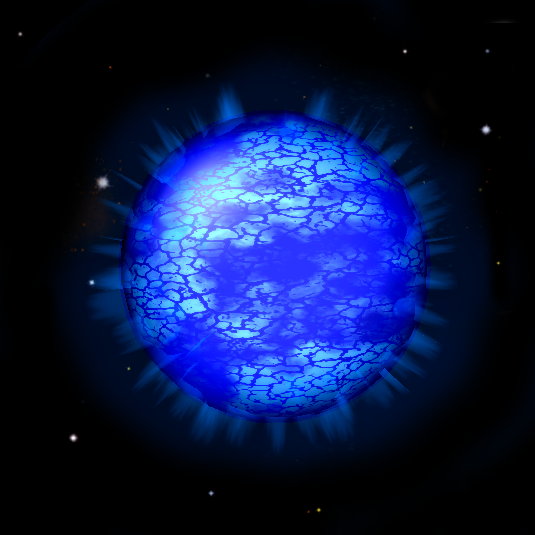 Eventually, it will explode, destroying all enemy units within a certain radius, which looks something like this:

Since it destroys all enemies within its radius while sparing friendly ones, the Supernova can turn the tide of a battle in an instant. Some Supernovas are enormous, capable of eliminating every single enemy unit on the map. Trying to trigger one of these large Supernovas too quickly can be expensive, leaving you defenseless in the early game, but letting an enemy trigger it is almost always a bad move. You always have to be thinking about whether it’s the right time to attack. 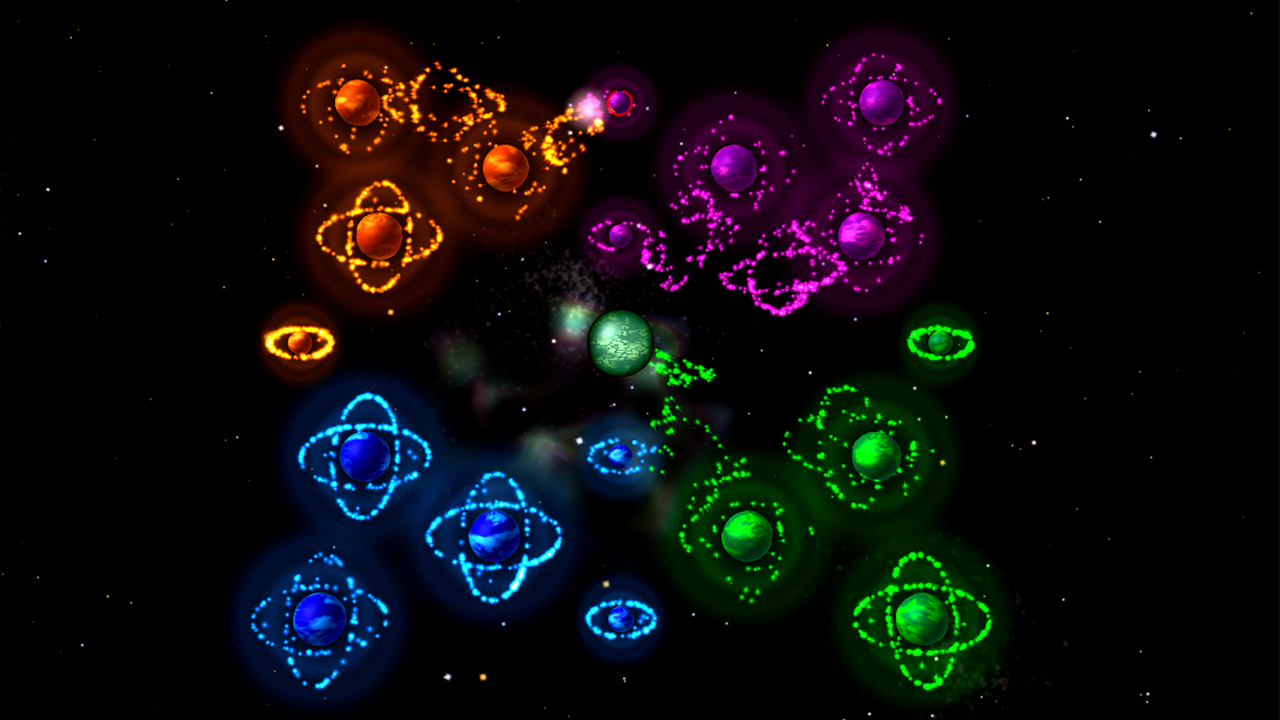 Other Supernovas are smaller. They don’t require as large an investment to trigger, but they have a much more limited radius. If you keep your units away from them, the Supernova won’t be able to destroy them. Unfortunately, they’re often positioned at the most strategically useful locations. 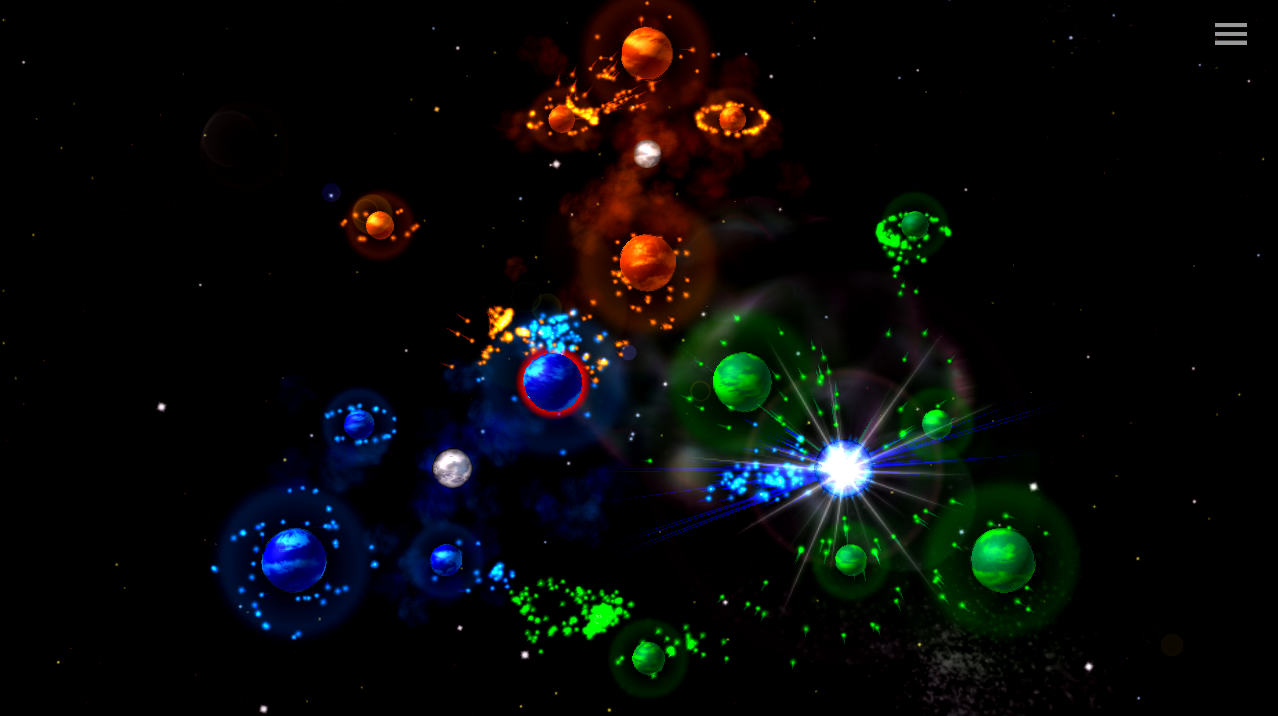 Small Supernovas are great defensive tools. If you have one near some of your own planets, you can defeat a large attack in one fell swoop. But once it’s been triggered, the Supernova takes a long time to reset. It’s powerful, but not foolproof.

The Supernova is a perfect example of how we want to expand Auralux. It elegantly fits into Auralux’s other gameplay mechanics. It doesn’t require any new controls, and it’s easy to understand once you see it in action. Sometimes useful, sometimes dangerous, but it always makes for interesting gameplay. 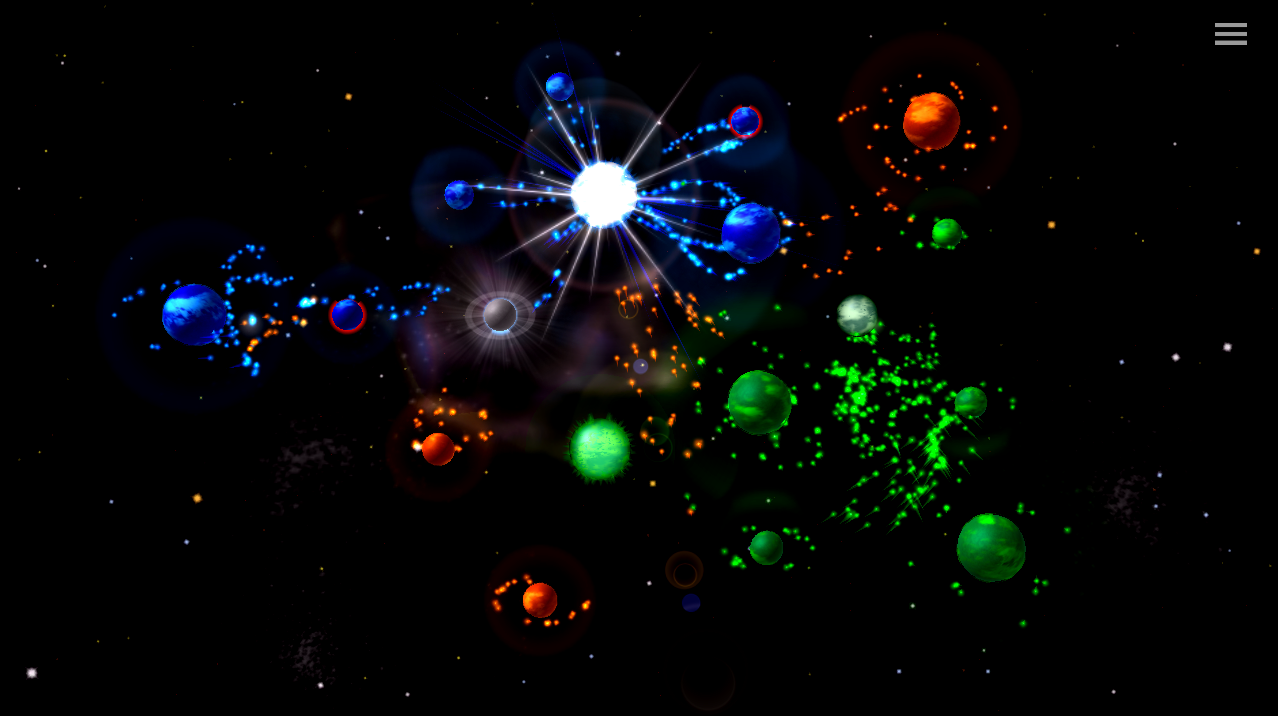 New features like the Supernova allow us to experiment without detracting from the core elements that make Auralux great. And we have a lot of other twists to share soon. Keep an eye on this blog (or Twitter, or Facebook) for updates!

Hey everyone! The free demo is now live! With multiplayer!

The demo features 10 free single player levels (including 2 from the original so you can see the difference!) and 4 multiplayer levels. We have a fairly...