Experience your entire music collection in VR. Audioshield puts you at the point of impact for every hit in your music. Beats glide in slowly for mellow parts of songs, then ramp up for intense parts of songs with cross-body, double-shield, and high-altitude hits.

Audioshield uses an advanced version of Audiosurf 2's music analysis system to sync with any song from your collection - and also with online streaming from Soundcloud.

Every song has its own online leaderboard. Audioshield also supports local leaderboards to easily compete with friends during look-at-my-awesome-new-VR-system parties.

When creating a trailer for a virtual reality game, it's always difficult to capture what the actual experience is going to feel like. The stereoscopic, fish-eye lenses of actual VR game footage doesn't work at all, and flattening it out to a standard first-person view loses much of what makes VR unique.

YouTube's recent support for 360 degree videos is a great move. But there's one option that really sells the experience without having to pan and scan your way around a video cube-wrap: a custom mixed reality trailer. We've seen the folks making Fantastic Contraption do wonderful things with live mixed reality streams, and now, we're seeing the first official mixed reality trailer for a VR game. 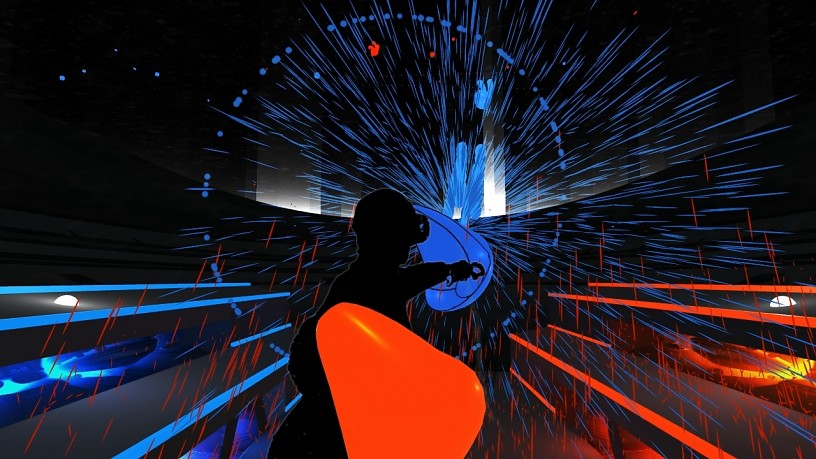 That game is Audioshield, a spiritual successor to the developer's Audiosurf series, in which you ride a futuristic vehicle down a track that is generated on-the-fly from your own selected music. Audioshield features similar music generation tech, but instead of creating a race track, the game generates coloured notes which fly toward you, and you must block them with an appropriately-coloured orange and blue shield on your left and right hand.

It's a very cool way of communicating what the VR experience is like, without using any special video formats or interactive elements. Of course, this kind of mixed reality trailer isn't going to work for all VR games. Audioshield has the advantage of being a standing experience, so the player being overlayed in the video fits perfectly into position. And, given that elements only come at the player from one direction, the camera never needs to move or rotate to capture the action. Still, it's definitely something we want to see more of.

Audioshield will be available on Steam in April this year, for the HTC Vive. 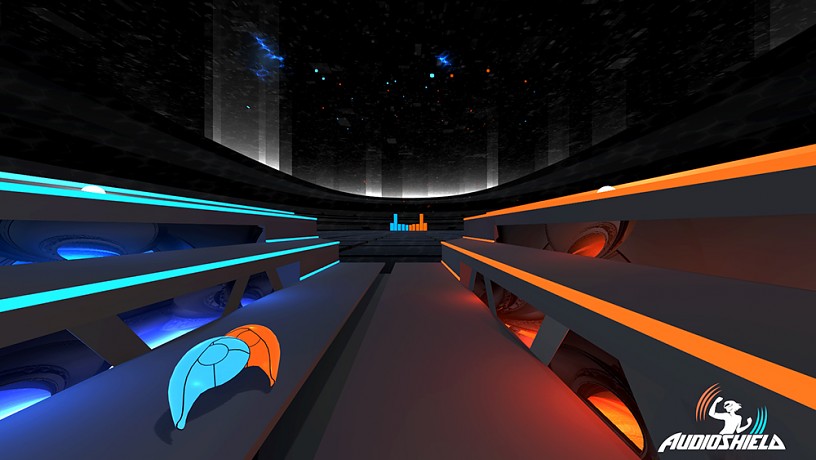