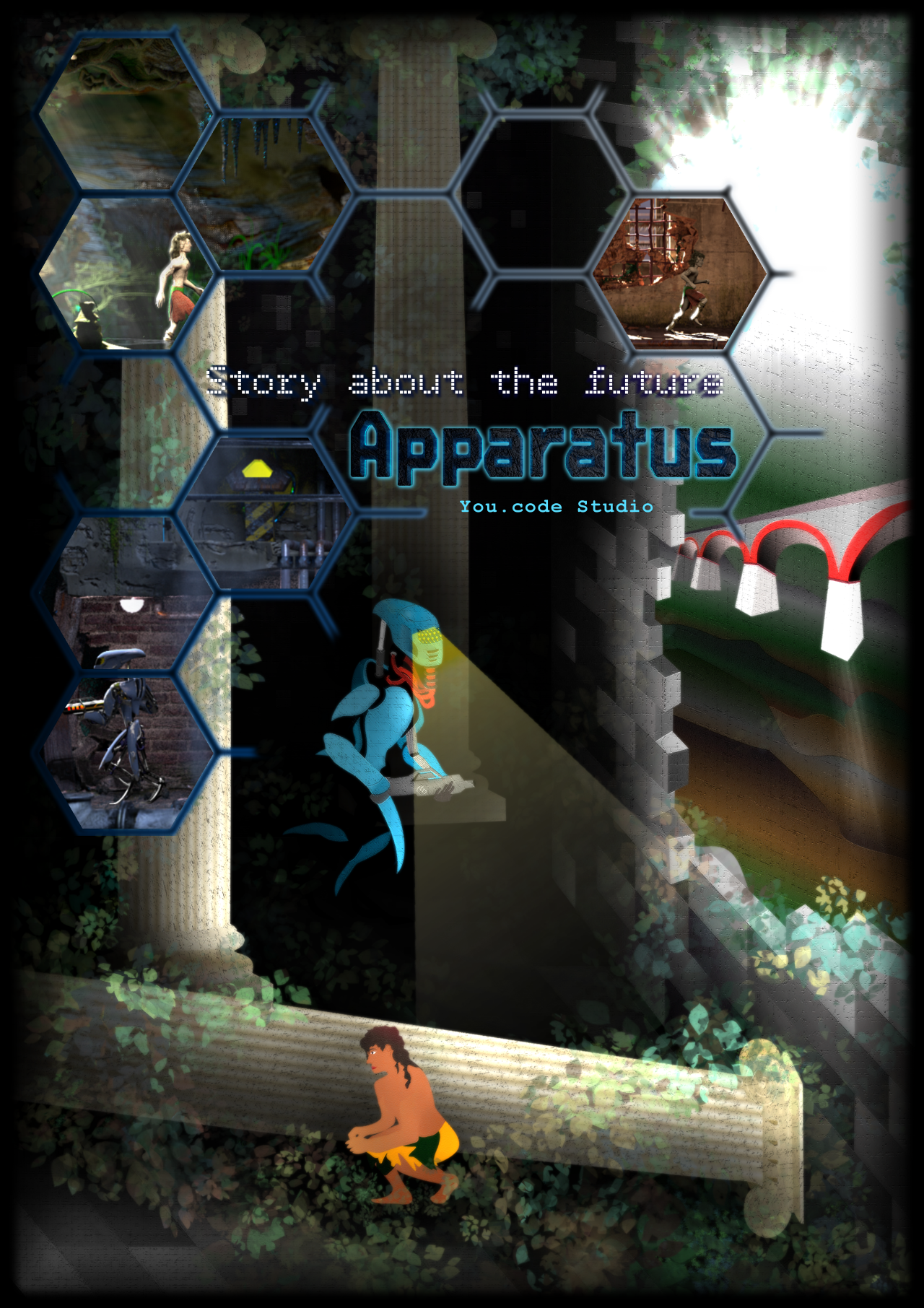 Apparatus will be sidescroll 2D (little retro) game, with characteristic static backgrounds and game-play mechanic, similar to titles like Oddworld Abe's Odyssey or Heart of Darkness. Players can traverse and enjoy the beautiful scenery of nature, robots' factories and more others. Of course our enemies are robots and wild creatures. Main hero will cope with natural obstacles, puzzles (left by ancient race) and his own weakness.
We want to create an adventure game in 90's games style, but without technical limitatios of those years.

Main character lives in far future. He will encounter signs of “ancient” civilization, that use mysterious language connected with math and logic. We’ll discover the secret of disappearing the “ancients”, coping with various puzzles, especially when we will meet electronic panels hidden in deep caves or tree trunks. The world of our main character is wild, vast, interesting to explore. Sometimes we will have to fight with unusual creatures or intelligent enemy… 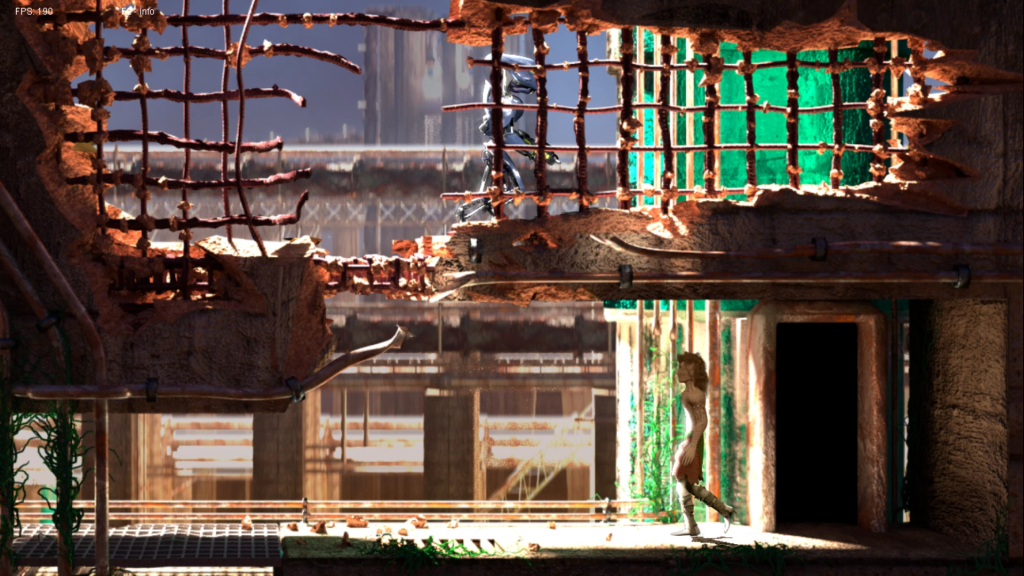 We want to creat an adventure game in a retro style with characteristic static backgrounds (like in Oddworld or Heart of Darkness), but with additional moments of moving camera. The main character will have a considerable range of movement skills: climbing, running through obstacles, swimming, bouncing off the walls. Moreover, during the game he get a technologically advanced device that allows him to slow down time, production of the energy field of the protection against hostile missiles robots, as well as hacking the system encountered robots to take over the control of the mechanical body of the enemy. In the game you will come across a lot of logical-mathematical puzzles/tasks in the form of panels with the operating system left behind by an ancient race that once inhabited the planet. Such tasks also we will encounter during the enemy hacking and hacking security systems of robots' cities and factories.

Story about the future - Apparatus: village is creating

The village of the main character begins to materialize. So far, three boards have been made with the landscape of the mountain forest of the future (the game's activity is going on 10,000 years in the future). You can see in it remnants of civilizations, which have already become part of the landscape. Both inhabitants of the mountains, as well as fauna and flora are already completely familiar with these elements talking about the existence of large cities and developed civilization, but they do not realize that these are human remains. They think that these are the elements of the robot building, not knowing that the robots only accompanied people who made them massively. 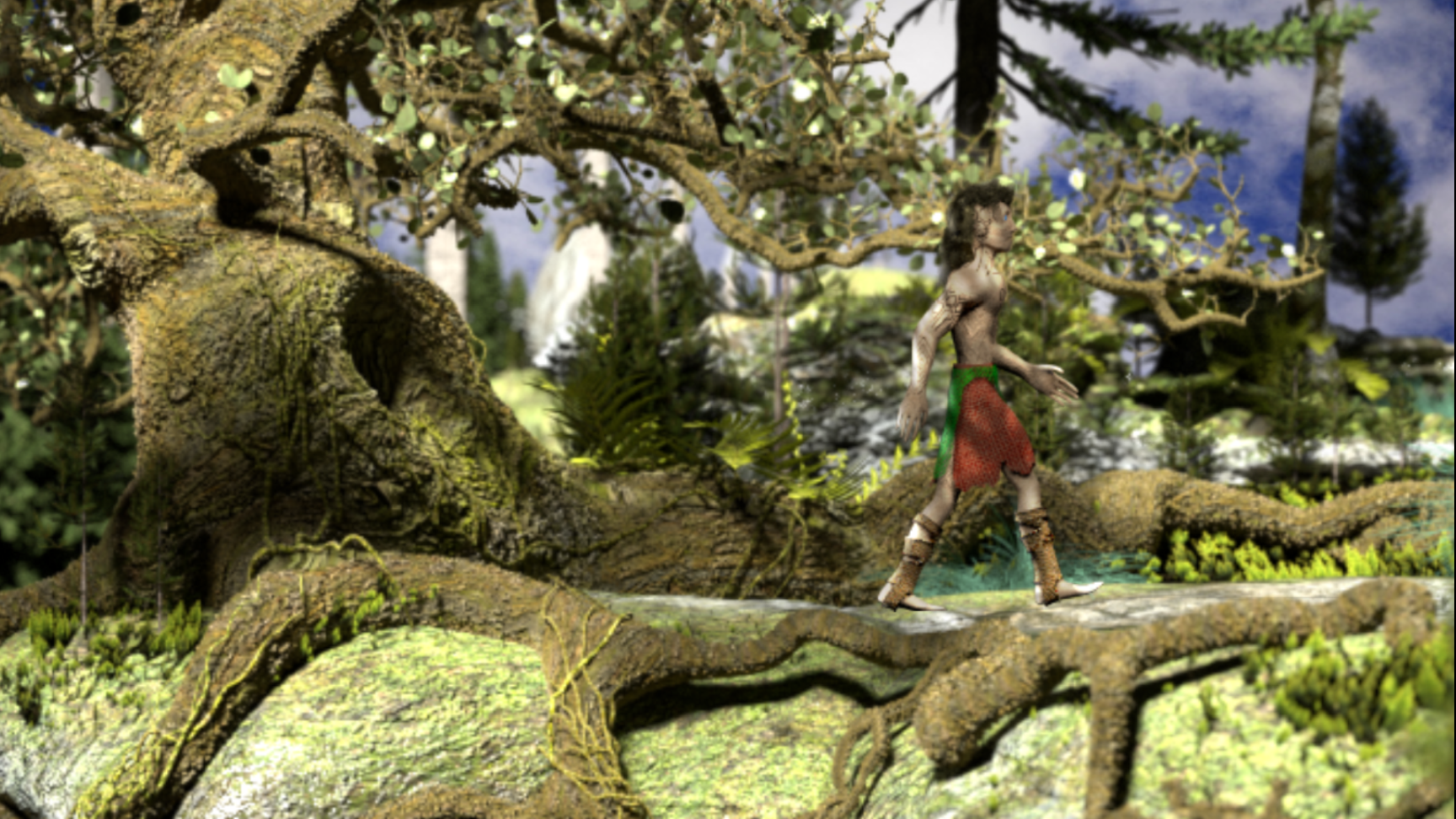 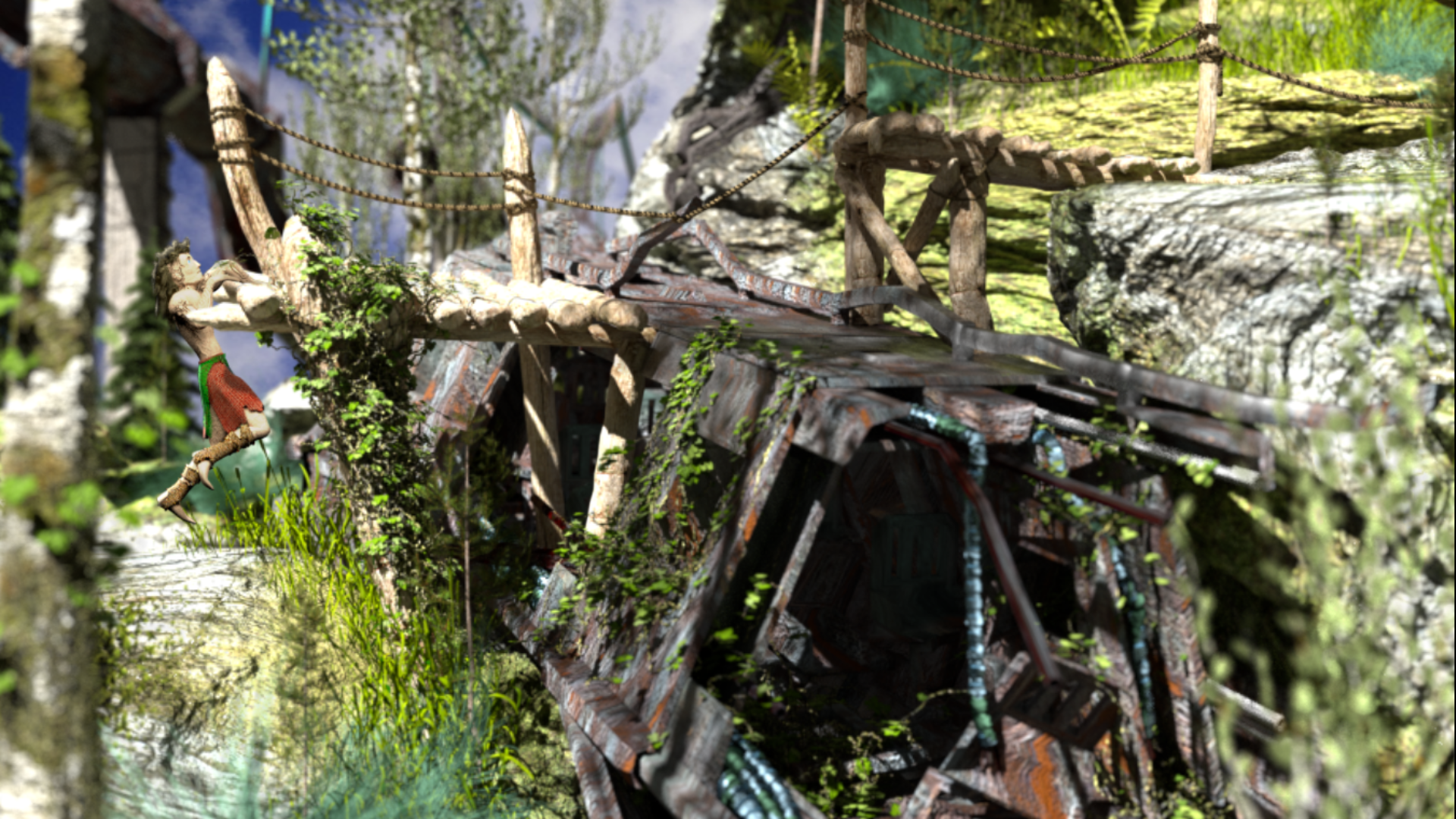 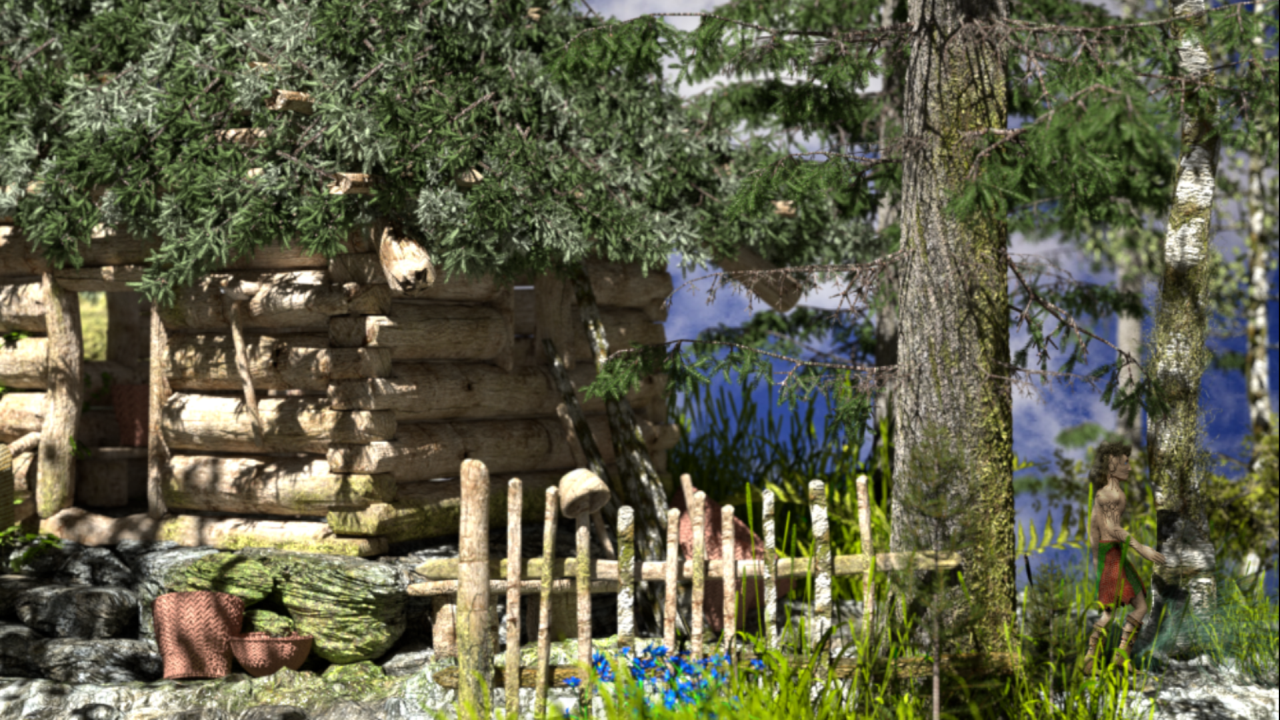 The second thing I want to say about is the new robot model Robot-Sentinel: an improved version of the Soldier Robot, which are equipped with a sense of hearing and even better eyesight. Moreover, they are armored and their construction makes it difficult to hit. 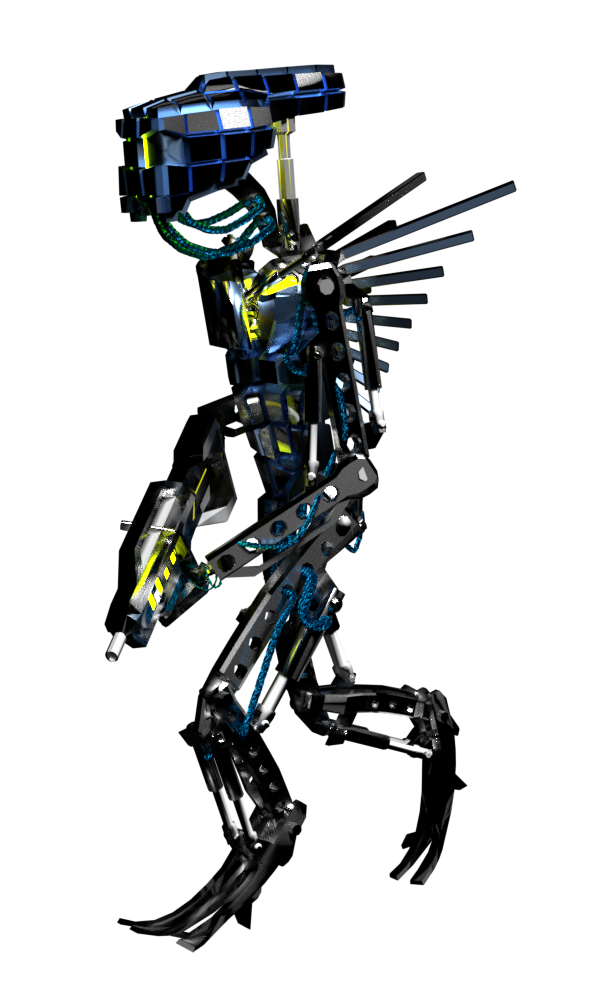 At the end a short video with gameplay from the game's prototype:

Playable prototype for windows 64-bit - download and install then play.

This time I describe simple algorithm that e.g. changes the color of the robot-armor armor from blue to any other.

This trailer is kind of summary of the last year. We've done a lot of work and we hope to make a free demo available.

Two updates: tutorial of hacking robots for a player and a very important functionality - the "Controler" window. It allows you to assign your own scripts...

The playable prototype of Apparatus game for Windows 64-bit.

The main musical theme of the Apparatus game made by Michał Juchno.

Music in old factory level from original soundtrack for Apparatus

Loving the ambience and sounds!

Really love the work, controlling the bot with codding :-) (-: .
I play a lot of plataform games, flashback, out of this world, duke nukem, Oddwolrd, etc ... this one will be also be enjoy !
Blender 3d is a great app.
Robot.applause(999);

Loving that brick backdrop in what looks like a sewer. There needs to be more games like this that involve puzzle solving and actually using your brain.

What do you use to make the models?

All graphics are made in Blender 3D (Cycles renderer).

This is giving me an Oddworld feel. Looks great!

Thanks. :) Oddworld was an inspiration and one of my favourite game.

Twitter
Tags
Embed Buttons
Link to Story about the future - Apparatus by selecting a button and using the embed code provided more...