Contains one wallpaper of the game World of Padman in the resolutions 1024 x 768 px, 1280 x 960 px and 1600 x 1200 px. The wallpaper was created by ENTE for the first Christmas after the standalone release and shows Padman as a grumpy Santa Claus. It was originally released on December 23, 2007. Simply renamed and packed for re-release. 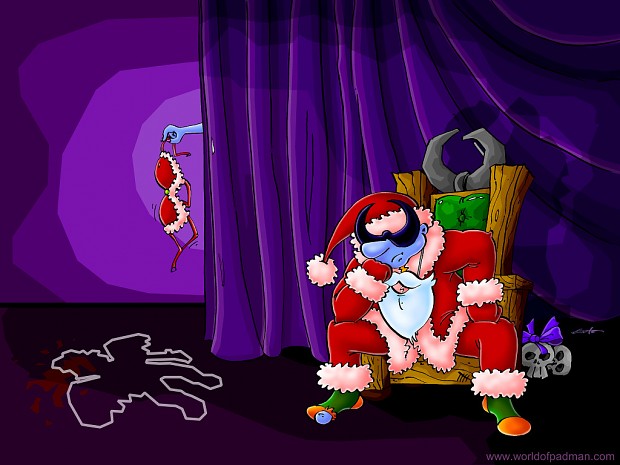