UnWheel2 is a racing game developed on the Unreal Development Kit. UnWheel2 is a continuation of the UT2004 award winning mod called UnWheel, developed by "Shrimp" and the original UnWheel team. UnWheel2 was developed by Stevenhorton who did all the actual construction of the game assetts and game environments, and tegleg who has worked the last year to make everything work on the code side, as well as a hundred other fixes and efforts. Our SVN coordination was done by Diego1203. To install open UDKInstall-UW2_Demo1.zip, extract UDKInstall-UW2_Demo1.exe. It creates a folder called UnWheel2Demo, and should place an UnWheel2 icon on the desktop. Once you have started the Demo, you will see a crosshair in the center of the screen, use it to choose your vehicle, your name and number of laps. Then select Play. When you have finished your race, hit the Esc key to return to the menu map, where you can choose Play again, or select Exit, then select yes. 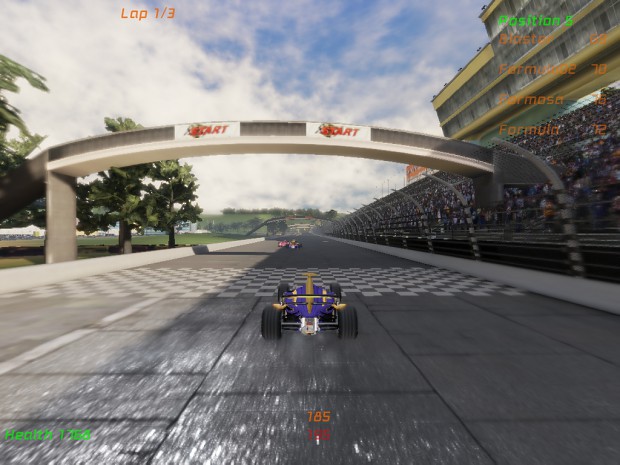