I wasn't going to touch this again as this mod is known for "fix 1 thing, break 2 things" but I was told about two game breaking bugs and wanted to fix them. The more I was trying to fix it the more broken it was. It quickly became a crash festival and total chaos. Then I finally lost my patience and re-based it on a clean total conversion template. Removed some assets as I found out many of the bundled ones were modified, broken or unstable. Ported a new lantern. Added autosaves. Re-made the elevator. Walls cannot be broken by throwing chairs at them (CSG-proof). Elevator will no longer kick the player out of the map. And most importantly, "mode" was changed to "mod". Lost orientation in all the patches and versions, so let's call it 2.0. 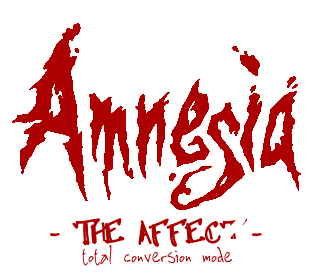 In the section: <CATEGORY Name = "Journal">

the texts are still in Czech, instead of English.
I myself have no problem with it, I translated them into German.

apparently i mixed the hammer and the hammer supplement too early bc now i cant get past the cracked wall. great game. maybe dont let mix stuff if it prevents you from completing this game.

Thanks for your work. ;)