Add file The Path of The Pumpkin ENG-ITA

Skar the Pumpkin and his assistant Mr.FeeFee, are two well-know detectives fro Treshopolis. One day, their dreary routine is shattered by an out-of-the-ordinary mission, that will take them on a hunt for a girl who as be kidnapped and forced to marry against her will. The two "detectives" have to do their utmost, in order to bring the case to a conclusion, but... this is only the beginning of something much bigger and much more involved! NOTE If you have a blackscreen during the beginning of the game, open the file winsetup and choose a 32 bit graphic filter. 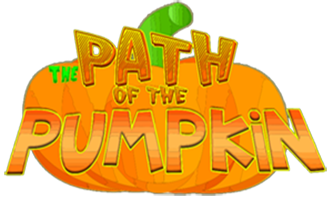 NOTE: At beginning of the game, if you have a blackscreen after push new game, close the game and open the winsetup file.
Choose to play the game in a window and not in fullscreen.
Or in winsetup choose a 32 bit graphic filter.

The Path of the Pumpkin Point and Click
Related Engines