War of Calradia is a sequel to Warband. 100 years after the first war, the old factions have all fallen. Gunpowder has arrived. Now, 6 new factions are trying to take Calradia: The Horsemen, men who are taught to ride before they can walk, with snipers. The Mongols, people of the plains, led by the conqueror Genghis Khan. The Land of the Female Warriors, female Vikings. The Mountain Realm, mountain warriors, masters of crossbows and polearms. Kingdom of Reiters, masters of firearms, with deadly semi-auto weapons. The Shah's Land, warriors of the desert led by Shah Saladin. Hope you enjoy, Ranger 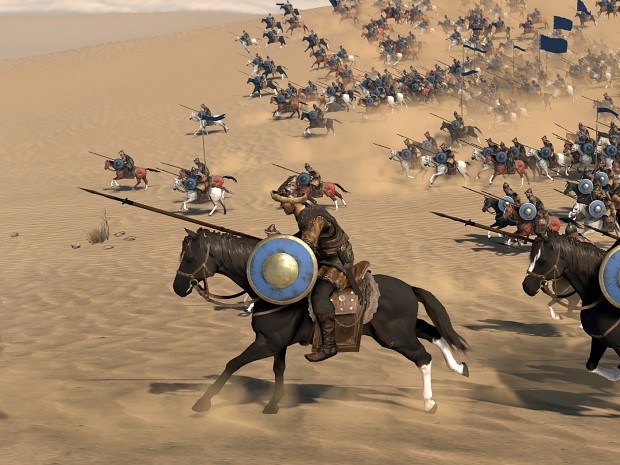