Help improving LFS by downloading and testing this test patch. A patch for dedicated servers is available too. Note -> you need the Full Game with Y patch installed to be able to use this test patch.

The Full Game with Y patch can be downloaded HERE


WARNING : THIS IS A TEST


Please report all problems to Lfsforum.net (you need to be registered in Lfs.net to post)


It contains Chinese, Japanese and Korean Translations.
There are also some fixes including a hot lapping fix affecting South City.
Y10 contains various updates including an important fix for network debug messages.
Please read the list of changes below.


Network debug messages are no longer sent in InSim packets
Chinese IME now shows language in black when IME is not active
Text input box is now drawn above user messages so easier to type
Small change to list of fonts may possibly make more fonts visible
Line breaks in help text and lesson text now depend on actual width
FIX : Admin could crash dedicated host by mistake with some commands

YOU CAN ALSO DOWNLOAD DEDICATED HOST (for hosting only) :


Speedo and tacho numbers and text appear above the needle


LFS does not support double byte characters with Windows 98 / ME.
Windows XP and Vista should work well but you may need to install fonts.

If you have Windows XP and currently cannot see the East Asian translations, here's how to set up your computer so it works.
See the attachment - in Control Panel click on "Regional and Language
Options" then under the "Languages" tab select "Install files for East
Asian Languages".
Windows will probably ask you to get your XP CD and the fonts will be installed from it.

This is important even if you do not use Chinese, Japanese or Korean
translations so you can see East Asian text and player names correctly
when you are online. 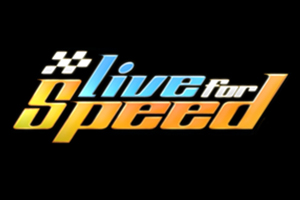