Super Hover Blast is an action/puzzle game in which you must single-handedly defeat the regime of the evil kitten-hating dictator General Al Imakhbeel, by piloting a hovercraft/tank against his entire army. Also, your only weapon is an air cannon, which does no damage. If you're going to stand any chance of survival, you're going to have to figure out ways of using the environment and the enemy's own weapons against them. Use your air cannon to move obstacles, open doors, deflect missiles, shove enemy units around and win the war! After downloading, simply unzip the file to somewhere on your computer. To change your display options run setup.exe. 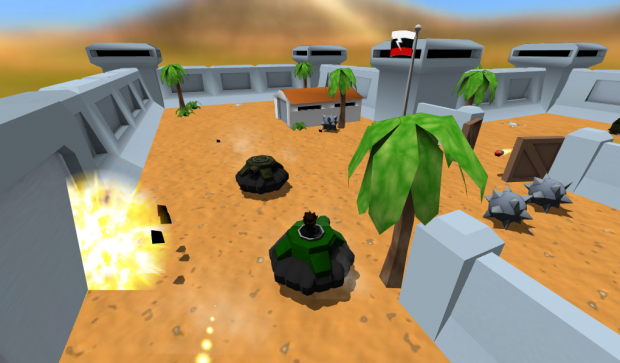 Very nice game, really like the fact that your only weapon is an air canon

Downloading :-p
Might be a good time pass for this weekend ;-)