- Some minor bugs and some details fixed. 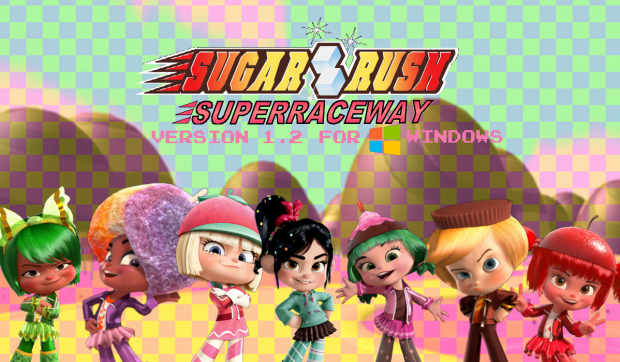 Steps for you to download well:
1. If it isn't automatically downloaded, enter the link that is just above advertisement.
2. You will have problems connecting to the Internet, and will probably cause the downloads to fail. Optimize your connection.
3. Never use an Android mobile or an iPhone!! Because it isn't made for mobile but for PC, always download what is for PC in your Windows / Mac if you have it.

*Enter in this link, and read carefully the steps of how to play this game on your phone/tablet: Ofihombre.weebly.com

or phone/tablet users: Please, stop being stupids and start having brain, The game is for Windows (the Microsoft operating system, not just windows at home) and for Mac (Made by the same company from the iPhone, Apple), and by ignorants, they download it wrongly on an Android/iOS phone/tablet, and it results "This program is not available for your device".
If you are one of those Android, simply don't download or transfer to an SD card or Dropbox.

Because you have very slow internet.

i have download the game just now but there are no track in the game...when i'm start the race,the track gone...

mmm... It will be that you have badly unzipped the game folder, or you have accidentally deleted an important part of the data, or you will have downloaded with a version of Windows previous to the arrival of Unity (Windows Vista, XP, etc.) It didn't happen to me.
In what situation happened to you to get that error, and in what version of Windows/Mac?

It's for 4 reasons:
1. Your download has failed
2. Maybe your PC doesn't run well
3. You will have badly unzipped the folder
4. You have Windows or Mac? if you don't have any of these platforms, then you have downloaded in a wrong way with that fake & stupid idea in your head that now the games are for phones (mainly for Android, and not all are like that).

That you watch the movie doesn't mean that you come to play one of the games right away, you must know beforehand the necessary requirements for play.

I love the idea of a Sugar Rush game and I like the concept of it!
But I think this could be alot better than it is. For example, the tracks are way too long and simple, so there isn't really a challenge when playing the game. I'd suggest adding some ramps, bumps platforms, etc onto the maps to add more detail and especially making it more challenging for the player, that way the game wont be so blunt when playing.

The Models are gorgeous, ofcourse but some of the models have helmets by the looks of it and some don't. so I'd say it'd be more balanced if you just didn't give them helmets at all but that's just my opinion sksksk

I suggest trying to add weapons in the game, it would make the game more exciting and you could add the announcer in which would add alot of flare to the game's design.

The menu could really be a good target to make things alot more presentable, you could add in a map outline and add icons of the characters when racing. it would give the mario kart theme to the game. You could also add in number for what place the characters in eg: 1st, 2nd, 3rd etc.

on another note, the game has a few issues and bugs, also another few things to make the game alot more flexible.

When the race starts the character doesn't drive until the other racers go, its a bit unfair sense then your left behind.

Also when I go into curbs during a race the character sometimes goes flying and gets down very slow which makes me lose the race.

another thing about the game, is the race ends are not really great (but not bad). Like when you lose a race the race is completely stopped, there is no 3rd or 4th place which i kinda think is weird.
The second is the victory poses can be alot more better, you could add in 1 pose of them holding a trophy then just rig every model on it. Its more creative in that sense because its not just stolen animation.

The other thing aswell is that, the maps would be 100% smoother if it was all connected instead of just 1 long lane, it saves hassle and it would be alot more easy to add a bunch of detail.
also the cars don't feel like your going fast, my suggestion is probably find a better engine noise and make the wheels animated faster as well as the car, to give it a boost.

It's such a long comment that it should be in a review, all these ideas seem to me good proposals of improvement of the game, although you have arrived too late in this aspect.

1st paragraph: I also felt long and short circuits more than 3 minutes, but the background scenerys are impressive, I didn't think about putting so many obstacles. But remodeling all the scenarios by this that makes it very complicated and tedious.

2nd paragraph: to me it seems a superficial detail about the helmets.

3rd paragraph: That's the power-ups, I've been asked several times, and I couldn't find a suitable script for this function.

4th paragraph: I had thought about putting a minimap, I found one free in the Asset Store that seemed good, but had something that has not convinced me, so I discarded it. I also didn't find an appropriate script for the marker.

5th paragraph: I did everything possible to improve the physics and remove bugs, but understand that it is impossible to correct bugs on 100%.

6th paragraph: Keep calm, that's just the start of the start and lasts less than a second, then you recover the first place as the race progresses.

7th paragraph: That rare movements of cars are due to the simple path system.

8th paragraph: The race stops when you reach the finish line if you win, or if you lost because someone has arrived before you, holding the cup to the end of each third circuit of each cup seems good if it isn't a flat sprites.

Last paragraph: The repeated sound of the engine is what would make the game seem slow, although it also depends a lot on the graphics card of the PC.

thank you very much for the game! looking forward for next versions

Don't wait for new updates, it doesn't make sense after the release of RBTI.

Thank you for that game. I am like this game, little difficult controll the cake cart thans for ower whilling. Simply turn 180 percent where not need. I can not saw bugs.

Cake Kart? mmmm... You refer a Candlehead or other? Maybe I did that turn around to find a similar bug.

WHY THIS GAME SO SWEET?

That is a silly question, is because is set in a candy world.

Is for Windows-XP ok?

It’s a Windows game, but it isn’t highly recommended to use it in Windows XP, it was made before the Unity engine existed, could give many crashes or that the elements of the game become invisible.
Better use it at least in Windows 7.

1. You need a PC (Windows) for play
2. You need a good internet conection
3. Click on download button
4. monitor the download and ensure that it doesn't fail
5. Unzip the file with Winrar or 7zip.

5. No, this game is only for play to PC/Mac. In Android doesn't work because isn't an .apk. Whoever thinks that hasn't computing idea.

how many days will it take to dowload

Only one day, what happens is that you have a very bad internet connection.