A shooter/adventure hybrid where you, as test pilot Séraphine Letourneau, use an experimental flight suit to fight off an alien invasion of a futuristic planet colony, acquiring equipment and rescuing useful allies along the way. A Mac version of the act 1 demo is also due sometime in June or July.

Remappable controls for keyboard, keyboard and mouse, or gamepad.

A map accessible with the ctrl key on ground stages (or select on various gamepads), remappable.

'Crisis Triggers', equipment items that give you a fighting chance when you're one hit from defeat.

A weapon equipment system that allows you to use three subweapons simultaneously. 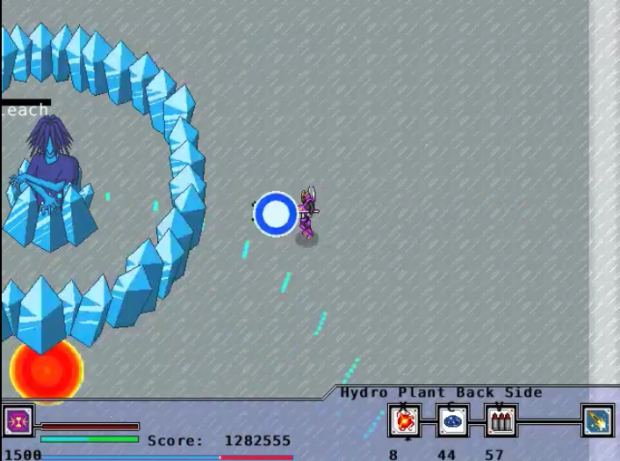 "Steel Seraph Primary Build" is in the folder provided. Do not delete anything in the folder. Save files have a separate 'preview' file associated with each for advance data on each file. Deleting the preview file will result in inaccurate save file information.