This mod allow you to create slavic union with most of middle european kingdoms under your de jure realm, and expand history of Rurikid and Piast dynasty they were only two strong slavic dynasies not existing in 769 starting date, now they are in 769 and Piast dynasty are kings od Poland in 867 to make wars between them and Moravia more intresting. I expected stronger slavic union, equal to HRE, Francia or Byzantine Empire but it was just Russia and Wendish Empire. So i made this "mod" it took me 15 minutes and doesn't change much but it's my first moding in ck2 so i wanted it to work and didn't add any events. If someone want to edit it or usit in his own mod, feel free to do so. 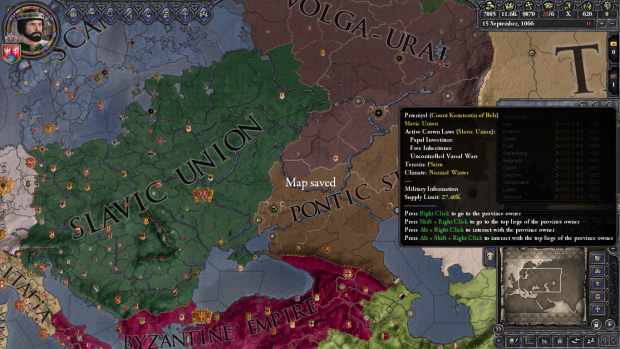