Independent Game Festival 2008 Showcase winner: Rückblende (Flashback) is an interactive story about a man returning to a summerhouse, where he spend his holidays as a child. The player triggers flashbacks through finding objects and as more memories get uncovered, a secret seems to be unravellings. The surrounding and the inside of the house were built as a model, while the appearing characters from the memories were drawn with a pencil and animated with white lines on top of the photographed model– background. 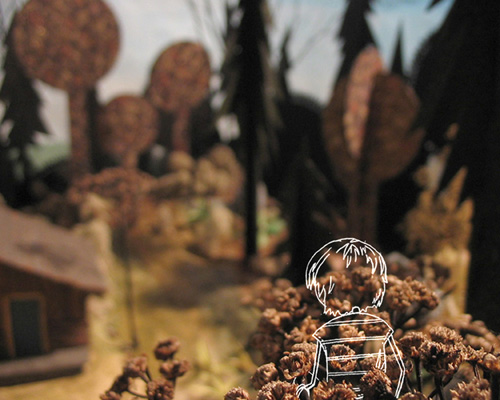 It keeps crashing on me. Is there anything I need to install to make it work? This mod looks like it uses flash or something...

You need quicktime to run it

I'm crashing too, at the first scene whenever I roll over the arrows. I'm going to try downloading from the original link.

Same with me. As soon as i click one of the arrows it crashes.

downloaded a while back and finally got around to playing. Very cool mate! :) Very inspiring :)
Can you tell us about your thoughts and methods behind the creation of this please? or do you have any links?
What projects are you working on now?
great stuff :)