Changes [27.11.2020]Removed Perk - Master of the Arts because it levels up only accumulative perksRemoved Perk - Elder because its too OP in my opinionBecause I removed Elder, to balance it out a bit, I removed 2 useless perks:Removed Perk - MeditationRemoved Perk - FuryI did not want to remove perks initially because it would make the game easy,but after removing the perk Elder, I presume that it balances it somehow. Shrine Changes:-Increase perks per level up from Good to Mixed, because you can no longer gain mana or hpits not "Good", for endless mode is suicide, now I will be able to go to shrines again.

Install:
1. Backup your original Assembly-CSharp.dll
2. Drop the Assembly-CSharp.dll in:
C:\Program Files (x86)\Steam\steamapps\common\Ziggurat\Ziggurat_Data\Managed
3. Play, if there is only black screen, it means that there was an update
and that i should update the mod.

Shrine Changes:
-Increase perks per level up from Good to Mixed, because you can no longer gain mana or hp
its not "Good", for endless mode is suicide, now I will be able to go to shrines again.

The mod title will have at the end year,month,day of the update, instead of using version numbers.

Tested it a few times, now I get 100% random chance from all perks! I got perks I havent seen
in age and can get much diverse and different builds each new game!

Useless Perks in the long run made Oneshot so that they can be cleared from perk pool once and for all:
-Cleansing
-Consumption
-Dark Pact
-Enraged
-Fury
-Heretic
-Inner Wisdom
-Meditation
-Shuffle
-Transmutation
-Unlimited Power
-White Orb

Perk Changes:
-Alchemy,Spell, Staff Affinity reduces other affinities by *0.90, changed to *0.96 (so you dont end up worse if you level all 3, after all you are training)
-Amnesia also increases Wand Mana by 10 points 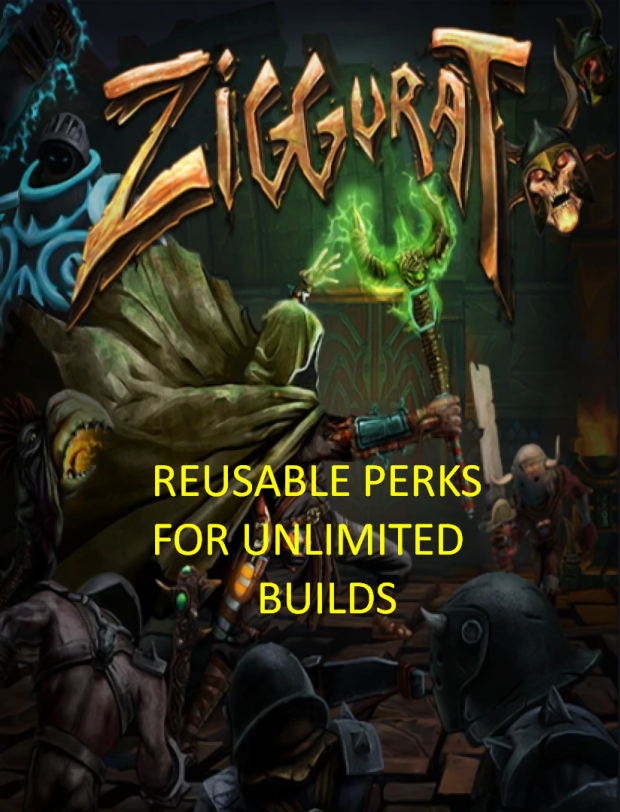