A map for TripleA of normal size, featuring Italy as a playable Axis nation. The map has fantastic balance. It also offers impressive variation, for the ones willing to think out of the box. The map obviously even influenced (in return) the anniversary edition of a well known wargame, and it still is popular. It is an impressive milestone, showing what the community is capable of achieving for TripleA. By Black Elk, Madmat, Beagle and Cousin Joe. 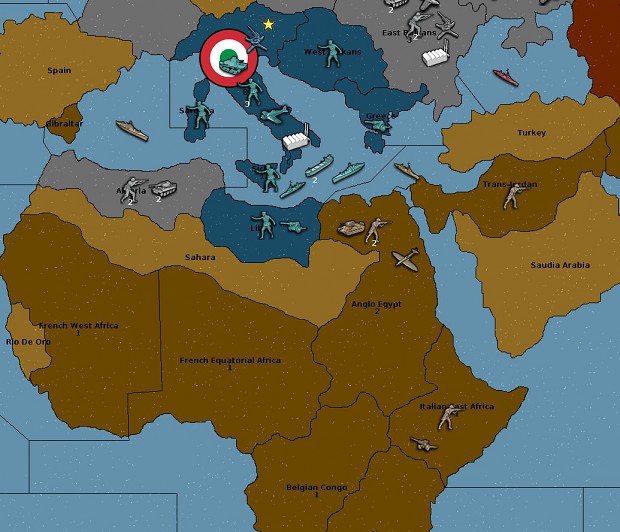