Octodad is a third person adventure game about destruction, deception, and fatherhood. The player controls Octodad, a dapper octopus masquerading as a human, as he goes about a day of his life. His existence is a constant struggle, as he must master mundane tasks with his unwieldy boneless tentacles while simultaneously keeping his cephalopodian nature a secret from his human family. Octodad was developed by students at DePaul University, located in Chicago, Illinois. Beginning in June, the team of 19 concepted, prototyped, and developed this original game in order to compete in the Independent Games Festival Student Showcase at the 2011 Game Developers Conference in San Francisco. Please check out the rest of the website for more info and content surrounding the game. -v1.5.3 Save games, random video and level loading crash, basement secret door, and uninstallation fixes. -v1.5 Updated with TWO new levels and performance optimizations. 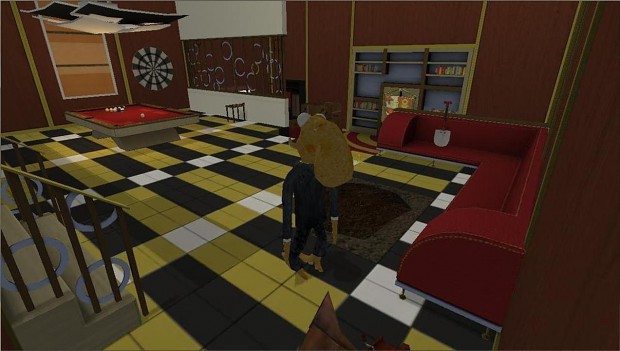 I was writing a rage comment because the direct download didn't show up but then I tried it one more time and it worked.
Just saw pewdiepie playing this game, looks fun :D