Ever wondered why the trade ends at Middle East and North Africa? Wonder no more. It is known... Well actually its not. I have no idea either. Was there no trade in Europe in Middle Ages at all? Yes there was and pretty fruitful as well. So if you were ever frustrated Paradox was to lazy to implement its own trade mechanics to entire map - frustrate no more. This mod is an answer to your prayers for a better trade networks. That is of course if you ever prayed for them. This mod adds trade routes as well as trade posts in certain provinces to Europe which are based on historical medieval ones. It is intended to work with Vanilla Map and is fully compatible with it. It is NOT compatible with any other map aside for one provided by Crusader Kings 2 game. 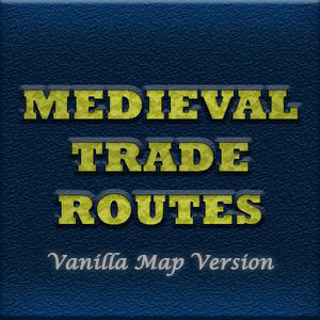