The PC Gamer Demo is a demo version of Java Edition Beta 1.3, that was bundled with the June 2011 issue of PC Gamer magazine (American edition, issue 214). It provides 100 minutes (equal to five days in-game) of gameplay, after which it will tell the player to buy the game in order to continue playing on the current map. The demo gives access to all the features found in the full version of the game, except that you can only access one world called the demo world. The demo world, which uses the seed 108181935, has been altered slightly to help guide newcomers to Minecraft. The demo spawns the player at x=166 y=65 z=−56. The player's save game is saved in the standard game directory and is fully compatible with the full version, making it playable after purchase. The demo and information can be downloaded here. The demo contains an exclusive cow skin branded with the PC Gamer logo. 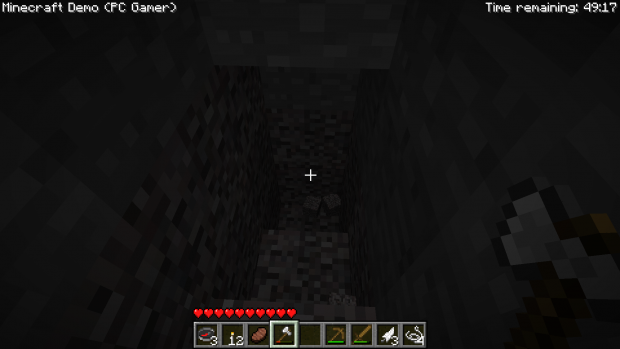