This is the Beta version of my FPS game that I created with Unity3D. You can watch game's newest video in my Youtube channel TprHaydutlarOyunStd Game is about war between Turkish military and invader forces. But this is only Beta so there is just 2 playable chapters. "Game is Turkish only for now" As soon as I start new chapters on the game, I will make the English version of Beta. But you do not need to have Turkish to play the game actually, there is only a few speeches and commands in Turkish. I will make a walkthrougs of the chapters in English in here. But first Inputs : W-A-S-D : Walk E : Pick Up Ammo G : Throw Grenade F : Flashlight Left Mouse : Fire Right Mouse : Aim Shift : Sprint * be careful, sprint system has problems so do no mess with it too much and do not try to run in first 5 seconds of a new chapter & scene. 1-2 : Switch Weapon

Someone wrote: *Spoiler*In Menu,flashlight means = Producers Mag means = ExitAnd Trigger means = New Game( You'll understand if you play the menu do not get confused yet :P ) In the scene after the menu, 2 guys are talking about killing us.In Training, you have 6 targets in front of you. And you have 6 seconds. Shoot them with your glock.After you shot them in 6 seconds. You will have 6 more targets and 4 more seconds. So now, 12 targets 10 seconds. Switch to your Mp7, go to back where you spawned. You will see a box on the terrain. Go near it and press E to take ammo for your Mp7. And shoot those targets in 10 seconds. After you did it, go to the rigth side of the scene. There is a metal wall with square hole in it. Throw grenade in that hole and you will succeed. In the other scene, in thermalcam it shows you where you should go. You kill the first 2 enemies, but be careful when you try to go out for the street. Because there is a sniper in the tower at the end of the street. Proceed by cover to cover and shoot the sniper when avaliable. After that, you need to go to the Laptop that you will see, go near it press E and start download. Enemies will come and start firing at you, and you should defend that point for 3 minutes. If you die in that defence scene and get bored from playing it over and over again. Just start the laptop and go to the neares wall and hide, they will not be able to come near you :). *Spoiler* 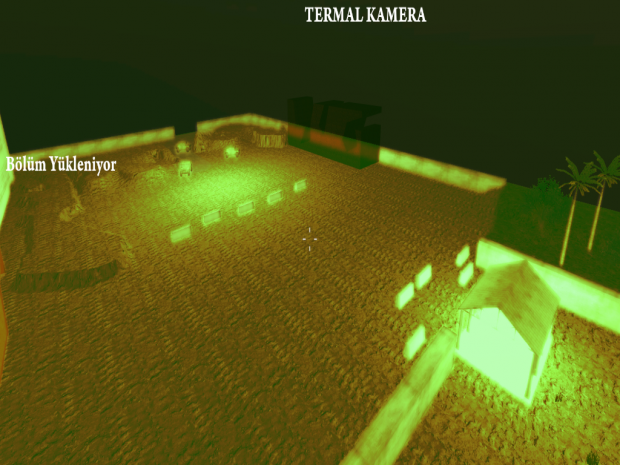 I can't download this file from GameFront, please reupload to Mediafire ??