1000 Years ago, a war had been won by the kingdom of daylight and other neighbouring kingdoms against a legion of creatures known as the twelfth legion incendium. they were successfully defeated thanks to the brave warriors of calgwin. but a prophecy had been foretold that the legion would rise again, with a leader to lead them. you, as a trainee of the kingdom of daylight’s militia, are going to train and perform missions to get the full enrollment as a 1st cohort troop. it depends on you what type of troop you choose to be.

This is still a work in progress so that the developer can get feedback in order to improve things on the upcoming builds and gradually, The Official Release. Instructive criticism is highly appreciated.

• Revamped all the maps

3. Chests can now be found in Azalea Forest.

5. Change the MP cost of the skill: Instant Healing.

1. Fixed an installation bug which causes the user cannot save.

2. Fixed a bug where the player starts with less then full health.

3. Fixed the two guards on the right blocking the Daylight Town Exit who said "you are allowed to pass".

4. Fixed the accuracy rate of the party member, Dane to have an 80% chance to hit twice. Now he will only hit once.

5. Fixed a Battleback issue where when you fight the green-haired battler just beside the Training Island Inn, it shows a 'failed to load' error.

6. Fixed the bug where you couldn't sleep in your own bed.

8. Fixed a bug in the Azalea Forest where there was a hill wall shining.

9. The skill 'Magic Barrier' cannot be used outside of battle anymore.

10. The Warrior Skill, Berserker's Roar will now appear in the skill list, when learnt.

11. Fixed the dialogue of the player in Daylight Castle where it cut's off half of the message. 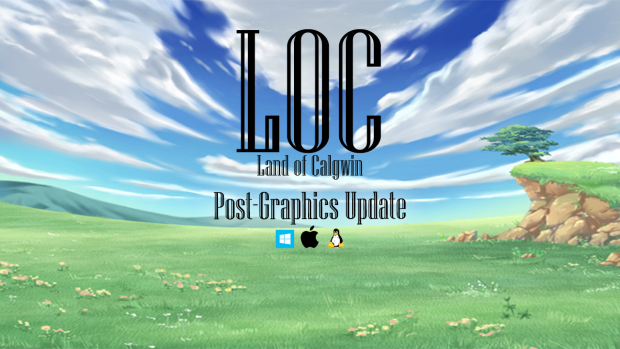