This new update brings new maps, "new" monsters, fixes, better English text, a few improved sounds, new chosen soundtrack, with some as replacement for new ones, more balances on oil amount, levels doors and load saves now have proper names. To install the update put the Amnesia The Dark Descent folder in the same one where there is the videogame one. Usually in the folder named "common" after the one "SteamLibrary". If the pc ask you to replace files, the you most likely setted it correctly, to be certain if the main menu has the different Fog like the preview pic here, then you are done if it's the case. Update: Added particles to make one of the new monster work more properly Updated another time, now the replacement monster from the first update for the Full Conversion is included, a fix on the first map and a new game.cfg, wich will make your sanity be a bit slower to lose and now the insanity collapse it's just a small stun that last like only 1 sec., and so less annoying. 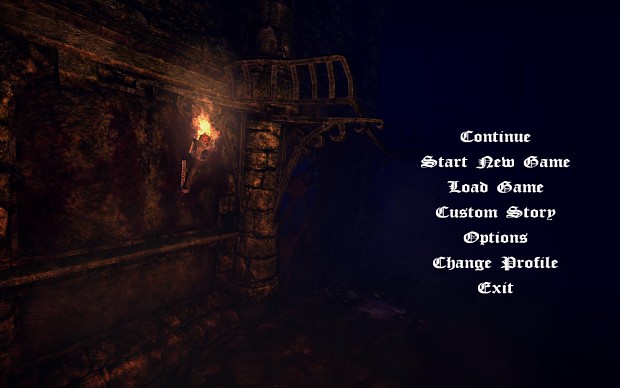 "To install the update put the Amnesia The Dark Deshent"

it is awsome, no, it is more than awsome, more than excelent, I cant found words for that,,... :) You are sooo good in that map building :)

Will play soon, hope there are improvements I mentioned before

Wait until the new version comes out.

it isnt a harder mode update, right? so needed to install to the main game mode?

The harder mode applyes only to monsters, so you need the main mod of course, unfortunetely with the new version that will be released soon that will be obsolete