Gremlin Invasion is a fast-paced overhead shooter. You play as a mercenary who has been hired to invade a planet infested with gremlins and wipe them out, using their souls as currency to buy new weapons along the way. These weapons include - Standard Gun, Shotgun, Plasma Blaster, Flamethrower, Rocket Launcher and Nuke Bomber... and grenades. Along with a single player mode, there is also a Survival Mode complete with online leaderboard. 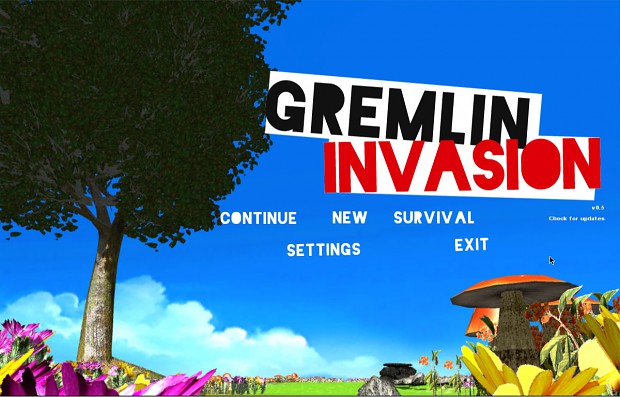