With the dlc "Together for Victory", there is no change:
Integrated Puppet
Puppet
Colony
Dominion
Independent

>>>>based on the original fascist system.

The communist system is based on the original fascist system.

Compatibility:
This mod is compatible with any mod that does not change the different levels of autonomy and related files.

Required DLC:
To get the most out of the mod, the "Together for Victory" and "Death or Dishonor" DLCs are recommended

Version of the game supported: 1.6

Supported languages:
All languages ​​of the game

Use / Reproduction / Distribution:
This mod is free and is available to all. It represents many hours of work. So if you want to distribute it or use it in one of your mods:
-Request my authorization
-Thank you for quoting me as the creator of this mod 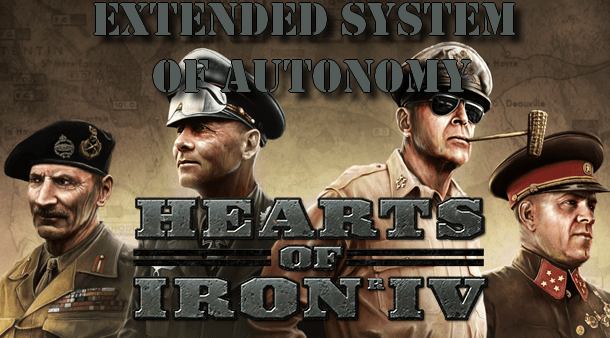