This mod modifies the system of autonomy.It adds specific levels for ideologies neutrality and communism

With the dlc "Together for Victory", there is no change:
Integrated Puppet
Puppet
Colony
Dominion
Independent

The communist system is based on the original fascist system.

Compatibility:
This mod is compatible with any mod that does not change the different levels of autonomy and related files.

Required DLC:
To get the most out of the mod, the "Together for Victory" and "Death or Dishonor" DLCs are recommended

Supported languages:
All languages ​​of the game

Use / Reproduction / Distribution:
This mod is free and is available to all. It represents many hours of work. So if you want to distribute it or use it in one of your mods:
-Request my authorization
-Thank you for quoting me as the creator of this mod

Please report any bugs or suggestions in the comments.
The next update will be based on these, the 1.5.6 update of the game and the next DLC. 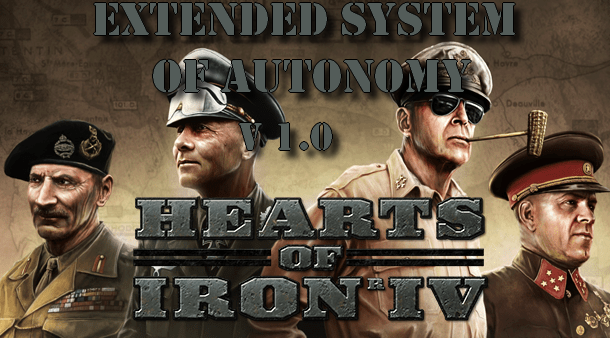