Add file During The End

During the End is a post-apocalyptic mod for Crusader Kings II which imagines the centuries immediately after a nuclear war has devastated the world. After hiding out in your bunker, you and your compatriots will emerge into a scorched land to establish yourselves and your progeny as the rightful rulers of the land - be it as the inheritors of the legacy of the pre-war world or the trailblazers building a new civilization from scratch. During the End is a sub-mod of After the End and therefore requires it to function. 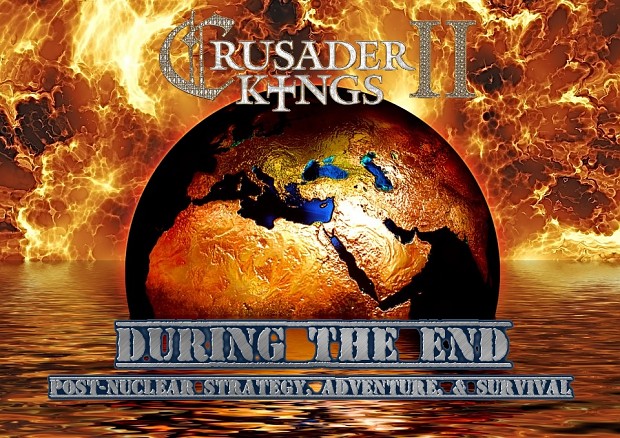 Hey man! This is the most recent version of the mod and, if it is, it's compatible with the game last version (2.8.3.2)? Thanks in advance and thanks for continuing the mod, it's a great mod!