This is the first alpha we originally released on Itch.io back in March. It's very limited in tis content compared to what we have now, and it features

Install instructions: unzip the file and run the .exe

If you want to give us feedback join our discord ! 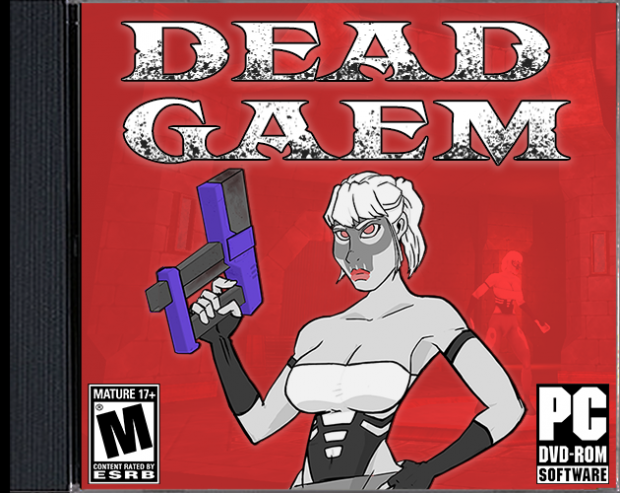 The sliding mechanic is a win for me, very rare you see this in Arena games. I may be completely biased (Due to Wizards, Female Protagonists, Guns, Arena Style Games) but I for one can't wait for future updates! I'll be keeping this installed & will be watching the progress of this game via the 'Game Watch'.

The first music score in the Training Room is ace! Wouldn't expect anything less from the man himself.

There are a lot of features that need adding, but the demo was added today.

Possible Oculus/OpenVR features in the future. I don't do VR personally because I live in the past, but some do!

A few things could be implemented. . . But it's early release (alpha_version_1.0.5). The things I personally feel should be added are;

. Mouse speed settings (Does state limited settings in the description so I imagine this will be added)

. Possibly make your character faster, Aerial control, strafing (Depending which direction the creator wishes to go with this game).

. A Football/Soccer Game-Mode (In the training area, you get to shoot & play about with a football if you wish. I had great visions of a Football/Soccer game mode in which you shoot each other & also try to get the ball in the opposing team's goal. This would be fantastic online or even single-player with bots!

Main issues with the game so far;

In DM_Bustling_Factory, Major Commando gets stuck sometimes in a single spot in the main chamber & on one of the top window sills upstairs. Also, he Sometimes shoots at you when he states he's trying to keep the peace (before you kill him a few times to start his agro).

He's pinpoint accurate with his nailgun, seeing you literally as he turns a corner like he knows you're behind it. He's absolutely hard as nails! (Pun intended). Running around him seems to work but the corridors are not always wide-spaces. Protecting the windows is a nightmare due to slow movement and not knowing where he is on the map. I never saw the second map personally.

But of course, A Wizard must inspect everything myes 🧙

I may be biased as stated above, but this person makes DeusEx/Unreal Soundtrack covers (Been subscribed & Notified on the YT channel for ages) & is also helping to keep this genre alive. He's a winner in my books! I'll be sending over some of my music royalty money at the end of the month via his Patreon when it hits my account at the end of the month. If your reading this, you deserve a beer or 5. I've joined the Discord Server but currently having technical issues with it.

. I class myself as the biggest original DeusEx fan. I've found easter eggs & hidden content in the game which I haven't shared online or found anywhere else on the internet from anybody else. Played since the year 2000 and haven't stopped. (Countless hours on original disc PC, PS2 & Online Steam download)

. I have a really expensive supercomputer which I only play Boomer Shooters on. LOL!

.I don't normally subscribe to YT channels unless they are super & deserve the attention