Full Conversion mod for Amnesia the Dark Descent. Harold Mason is just an ordinary man that lives in the suburbs. Nothing was more peaceful than living in such an area...until he visited a gift shop. It was a cold, muggy evening, and he needed somewhere to go inside. He stumbled across a place called, "Eden's Collectibles," that choice to warm up, would doom him. He had browsed around the shop just to pass some time, then he saw the most fabulous model house he had ever seen. Without hesitation he purchased it, he had a fancy for novelties, so it was no guess he would buy something in the store, he had the biggest smile on his face when it became his own possession, but that smile would soon be inverted when he discovers the truth of what horrors the house holds, the creature that inhabits those halls, would soon spill into the real world to haunt Harold into a downward cataclysm. 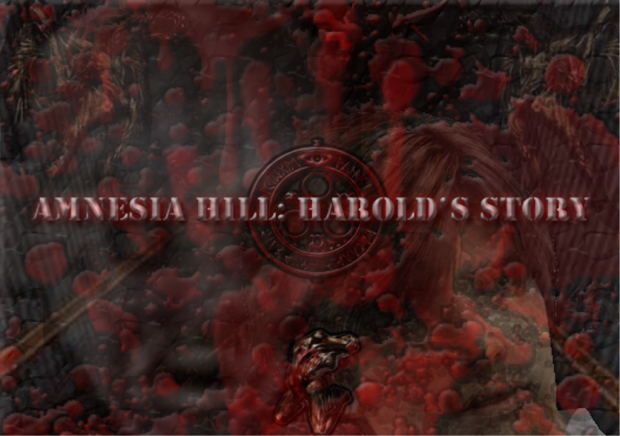 I followed the guide, but when I start from Silen Hill.bat it doesn't works. There is the normal Amnesia Menu

I can't find anything in Social Studies room..

this mod moded the main story?

Hey, when I installed it there was no Silent Hill.bat whatsoever. Is it supposed to rename another bat file? I have the retail version and I haven't installed any custom stories yet.

Okay this is the LAST TIME I AM SAYING THIS, YOU NEED JUSTINE, I HAVE POSTED THIS ALL OVER THIS WEBPAGE AND RESPONDED TO HUNDREDS OF COMMENTS SAYING SAME THING, THERE IS EVEN A NEWS POST REGARDING IT

i have justine, i follow the instruction, and doesn't works, i have a windows pc, and crushes just when started,

i have a steam version of amnesia

when i completed the tuturital it crashes pleas help

Do you have justine? Mine did that too before I got justine

How do we get it? I downloaded but I just don't know how to play it.

If you are using a mac, open terminal and paste this

is this a full coversion or what tht is all i want to know and do u need justine?

Hi - I have a SKIDROW game version, installed Amnesia Justine and follow your guide but, when I launch the .BAT file, the game gives me a fatal error: Amnesia.exe caused an EXCEPTION_ACCESS_VIOLATION in module Amnesia.exe at 0023:004A67A8
What does it mean? Thanks for reading

Hey I'm new to this site and the game amnesia hill so could someone please explain how to install amnesia hill Harold's story to me in full detail like for instance what you need like if you need Justine also where can you get that can someone put a link in the comments please and also do you need the game amnesia hill dark descent in order to play Harold's story or how does that work please comment soon as soon as I saw the video of this mode I really wanted to play it so can someone please reply to this comment and explain in depth how to install the mod and what is needed in order to play the game thanks for all your help.:)

Hey im getting an error that wont let me launch the .bat at all.. it is saying "Application load error 5:0000065434" this has happened before and im not sure what is going on.. and it seems no one else has had this issue ?

Good job veageance films i love your Amnesia hill mod i love the lantern, music,and everything about it but i wish there was amnesia hill 3

i did everything correctly and cant start the bat file it says it cant find the main config.file

How do you get an A rank?