FOR VERSION V20200612C New in Version 40: = There is now a RHD version of the bus too! (it was far harder to make than I thought :0) = The RHD Ikarus 281 bus is true to life, it has only 3 doors (one had to be removed to make space for engine), and a 6 speed manual gearbox! = There is a small chance for the LHD Ikarus 280 bus to spawn with the 6 speed gearbox (instead of the 3 speed auto) also! = The drunk mod has been remade! Now you can get drunk in game = Drinking and driving will make controlling the car very tricky = Drinking too much and your vision will fade and go all warped = The weapons damaging has also been reintroduced! = Shooting glass has a chance of shattering it! = Shooting car tyres has a chance of popping them ! = It's great fun to drive-by an AI Traffic car, shoot out their tyres and windows ;) 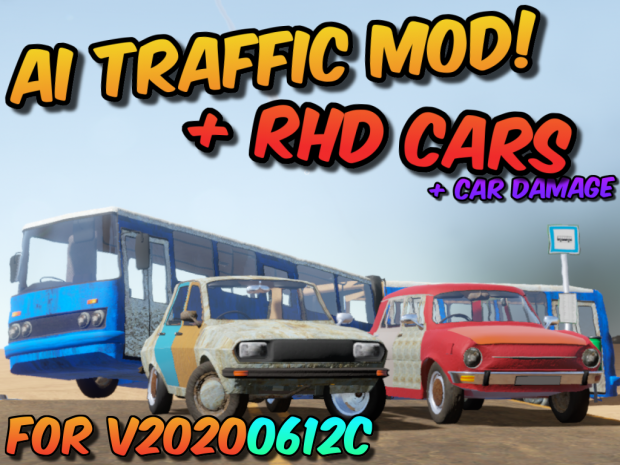