The current ADOM version for Windows. Fully playable roguelike game with extensive RPG elements and huge background world. Including graphics, quests, dozens of races and classes, a skill system, an extensive magic system, a completely revised and modernized user interface with extensive support for new players and naturally tons of bug fixes since the last public release. Press F10 in the game to switch between ASCII and graphical mode. 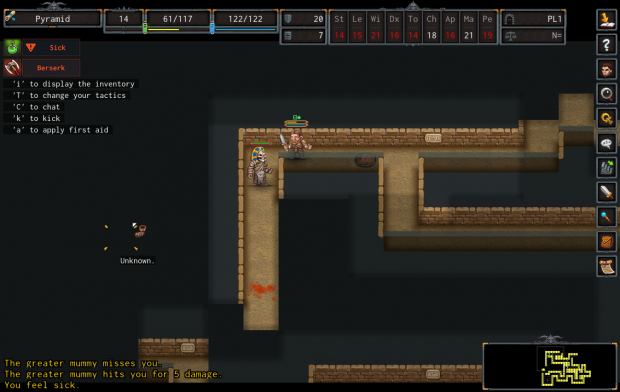 Doesn't work for me, I just get a black screen with the music playing in the background. Please fix.