At Righteous Hammer, we lovingly handcraft each title we create and charge a fair price up front so our players don’t have to open up their wallets every time they want to play. In exchange, we offer games with tremendous play value that can be enjoyed almost endlessly!

Who Is Righteous Hammer?

Two guys, a garage, and the freshest new indie game studio on the block! Righteous Hammer was started by Clint Jorgenson and Joe Van Zeipel in 2015 in Vancouver, Canada with one simple mission: to chip away at the gaming status quo and produce something brand new, built straight from the heart.

At Righteous Hammer, we love playing games—in fact, we’re maybe a bit obsessive about it—so we’ve made it our business to make new ones. Different ones. GOOD ones. After a combined 20 years of experience working on AAA titles, we wanted to try something new. 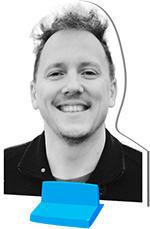 Clint is a strategy NUT. To the point where his social life takes a hit and his wife has questions. From Darkest Hour to Darkest Dungeon, from Twilight Struggle to Ticket to Ride, Clint is the master.

Despite the fact he still thinks electrical circuits look really cool, Clint is kinda glad he flunked out of Electrical Engineering in 1993. It meant that he moved out west, graduated from the Vancouver Film School, and got his start with a milieu of digital art projects from FUI to graphic design work. He eventually joined EA and worked his way up the ranks for 13 years, with credits including titles such as Skate, Plants vs Zombies: Garden Warfare, SSX and Def Jam: Fight for New York. 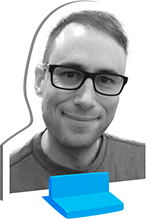 RPGs are a way of life for Joe. He spent his teenage years with some of the greatest: Genesis, Super Nintendo, Saturn, Dreamcast, Playstation—just to play the RPG titles. Putting off homework and skipping meals was the only way he could beat the Emerald and Ruby Weapons in Final Fantasy VII before anyone else.

Joe grew up drawing on everything, and after winning that colouring contest back in high school, he decided to enroll in the University of Idaho to study physics. Craving a creative outlet, he quickly moved over to the Virtual Technology and Design program and became a member of its first graduating class! Joe’s career has taken him around the world since, hopping from the US, to Canada, to the UK and then back to Canada again working for Black Box, Criterion Games, Radical Entertainment and Popcap Games. His title credits include the Skate series, Plants vs Zombies: Garden Warfare, Need for Speed: Hot Pursuit, Prototype 2 and Destiny.

Somewhere in the land of Gangnam style, a handful of developers founded a game studio with a mission to become one of the world's leading game studios...

Since early 2002, Shee Labs has been a group of individuals working to produce free game and media downloads. With ever-fluctuate staffing, Shee Labs...

We are Third Subdivision Studios and we are the young, enthusiastic team behind the Nine Tailed Fox mod for SCP - Containment Breach!

This group is founded by Andreas "ruMpel" Rönnberg. We have a really good mind of creating sick mods, like Afraid of Monsters: Director's Cut and Cry...

Ribcaged Entertainment (prevously Spreading Infection) is a dedicated team focused on providing the public with fun playable games. We strive to perfect...

We make games, publish them too. We published G-String, a cyberpunk FPS available on Steam. We're currently working on PUNT, Avast: Scourge of the Sea...