I’m ChainsawMcD and this is the Globe Cannon devlog. In the first article, I introduced myself and made it quite clear that I am not an expert. I’m a first-time game designer and this is a recounting of the challenges I encountered and the creative choices I made to solve them.

Today we’ll be talking about the very beginning of the dev process. At the moment, I’m about 80% finished with the game, so these first few articles will serve to bring the reader up to speed.

Wait… But what IS the game?

Oh, right. I should probably introduce it. Ladies and gentleman, meet GLOBE CANNON — 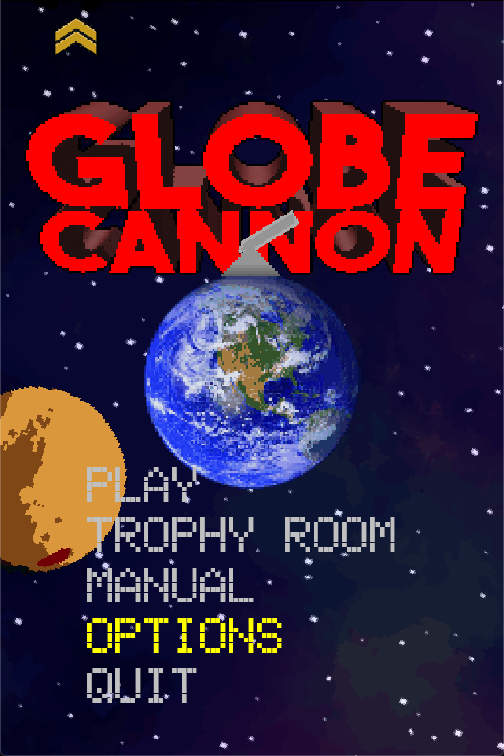 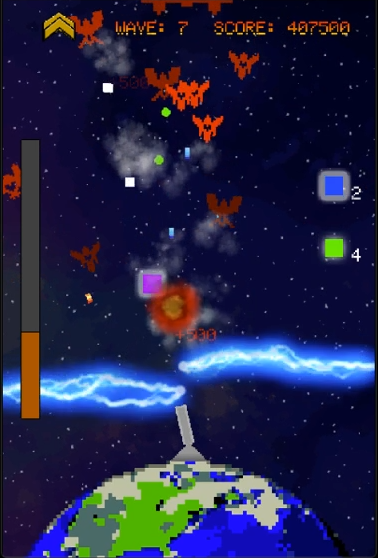 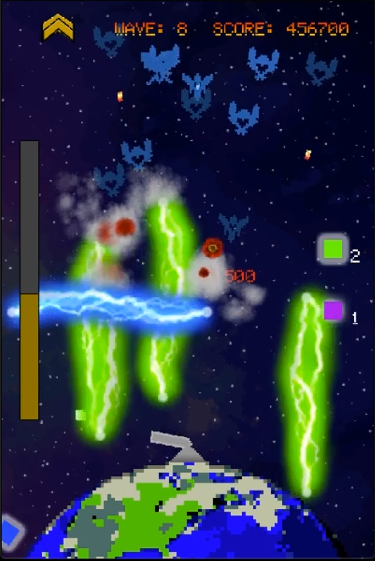 Globe Cannon is a retro-inspired, endless shooter. Using an 8-bit cannon, the player fights off alien spaceships for as long as possible, building their high score, earning achievements and unlocking special weapons. Each new weapon allows the player to defeat more waves of enemies, pushing their scores higher and higher.

Wow. What on Earth could have possibly inspired something like that?

First of all, your tone is noted.

When I was a kid my dad would take my siblings and I to the arcade every weekend. This was in the mid-90s and there were some truly amazing arcade games coming out, but my dad never played any of them.
He played Galaga.

My dad told me when Galaga came out in the 80s there was a machine at his local pizza parlor. After they installed it a community formed around this one cabinet. The people would line up to play. They’d talk about it with each other. They’d trade mnemonic devices to remember the sequencing of the ships, all of them pumping quarters into this machine to see how far they could get.

I’d watch my dad play and almost fifteen years later he still remembered those sequences. Despite its aging graphics, the gameplay was still rock solid. The game still “worked.” It still entertained. And it blew me away to see someone who knew what the game was going to do before it did it.

Galaga had a profound impact on my early years. I think that’s why I gravitated to a 2D space shooter.

I thought that was a touching personal anecdote but okay, yes, there were other considerations.

I also wanted to make a game that met the following criteria:

Globe Cannon fits the bill in a number of ways.

2D shooters are a popular choice for first-time game developers so I knew that there would be a wealth of applicable tutorials to help me overcome my skills gap. Also, setting it in space meant that the art would be easier for me to generate (I love you, starfield backgrounds). And the format meant that there would only be one “level” to the game, making the scope much more realistic than some other formats I considered.

For example, here’s a shot of some white-board “level design” - 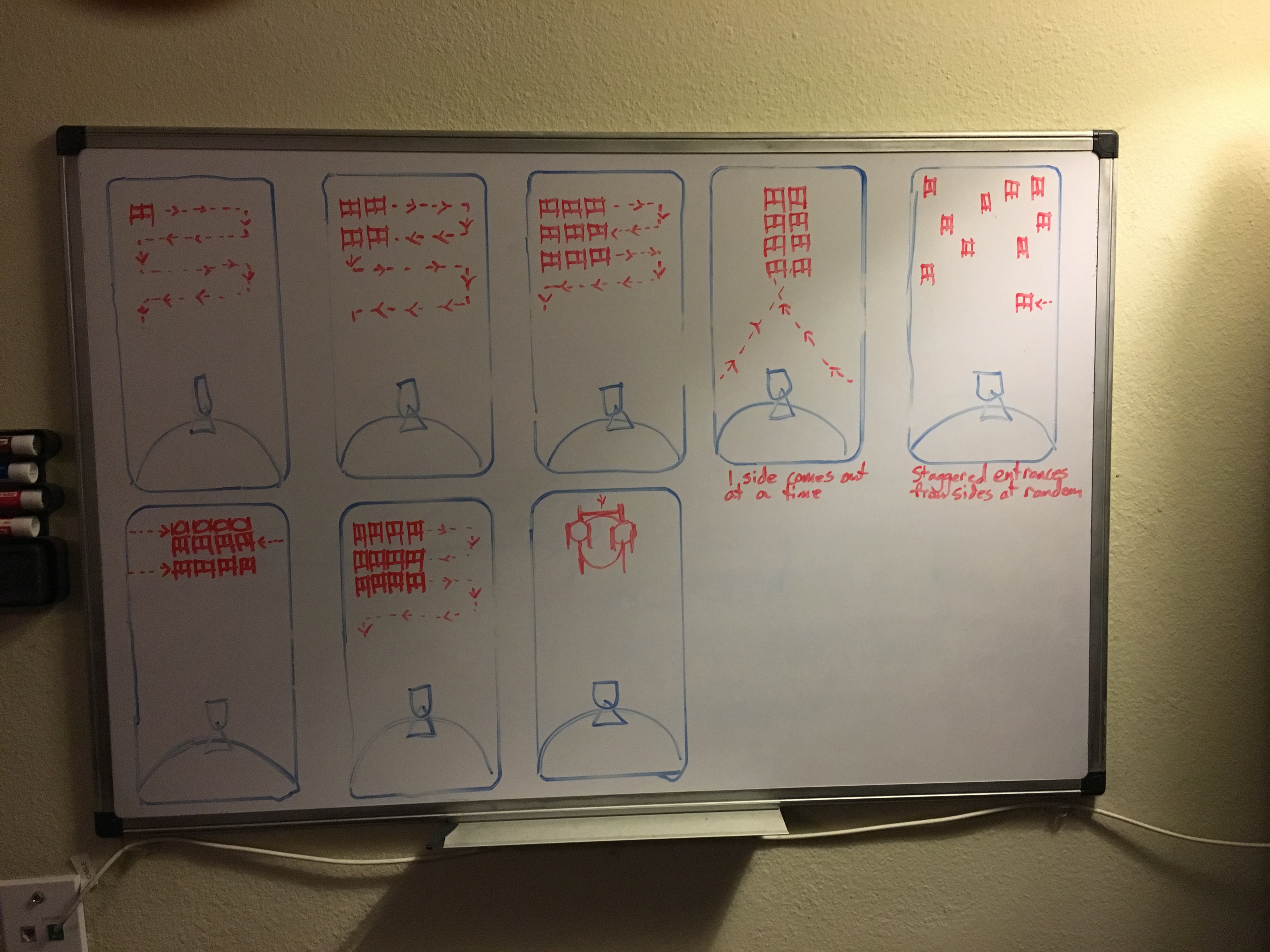 This picture was taken quite early on before I started working on my Enemy A.I. or special weapons.
I eventually abandoned this approach because I wasn’t confident I would be able to make levels that would progress in difficulty, build upon each other and inspire the user to continue playing in the time frame that I allotted to this project. Level design seems like a very difficult and finicky art; one that I will have to tackle in the future.

So you’re ripping off Galaga… And Missile Command. And Space Invaders.

Actually, there is a fun, new mechanic!

The thing that makes Globe Cannon a little different from most other 2D space shooters is that it's an “endless” game. As it progresses, the randomly generated enemies deploy faster and faster until, eventually, the player succumbs. Each game is a contest to see how long you can last, kind of like Alto’s Odyssey, Jetpack Joyride or Temple Run.

I’m a big fan of these games. They work beautifully in the mobile format and, despite being repetitive, they’re pretty popular!

What a great use of your time…

Again, your tone is noted.

Anyway, that’s the “what” of this little experiment. Last article we explored “why.” Next article, we’ll start delving into what must people read devlogs for in the first place: the “how."