This week we worked on the pathfinding (Allowing entities to follow you on objects you jump on) and started to integrate the WebAudio API!

2 Weeks after the TechDemo++ and were are still going strong. We just implemented pathfinding which enables enemies and NPCs to follow the player or another entities around the map. And even better the pathfinding we created makes it possible for entities to jump on stuff just like the player!
Now you’re not even safe from the mice enemies on containers! 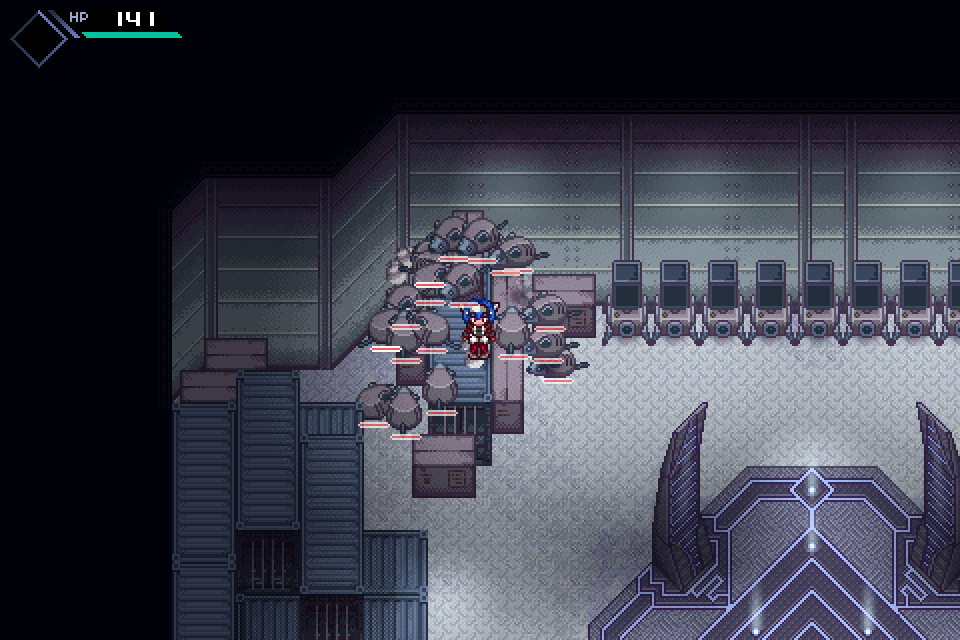 This screen shows 20 mice following the player on the map... everywhere! We would be ready to write a technical article about this topic if people are interested in it!

We started on putting in the WebAudio API into the game. With this we hope to further enhance the quality of the sound and the music. For sounds we want to be able to position them in 3D space. For music we hope to improve the timing of the looping.

Also we plan to open up a YouTube-Channel where we want to show the newest features of the game. The first videos will be a playthrough of one of us going through the TechDemo++ and a video showing of the new pathfinding feature!Apart from this we planned out the battle mechanics. This involves close combat, equipment and skills.And that is it for this week, So Long, and Thanks for All the Fish!