After releasing the first alpha last week things have been hectic! We've got new screenshots, new videos and plenty of new content and bug fixes.

There is a lot going on in Wander. The first 150 people to apply for the alpha, and our forum members are currently playing the first alpha release. It's a very early version of Wander, with a lot still to come, but we're very happy how things are progressing. Alas things have not be progressing quite so smoothly with the Linux version and we're still not to the stage of letting a large group test that platform. Hopefully that will be debugged in the next few days. This coming week we are adding a lot more quests, polishing the controller and camera systems, improving the sound design and fixing bugs.

Our alpha testers have been doing a fantastic job of reporting bugs and coming up with ideas for what they would like in Wander. If you're keen to test Wander please sign up and get involved in our forums.

We've also uploaded a bunch of new screenshots and a few new gameplay videos. We will be uploading more in the next few days. 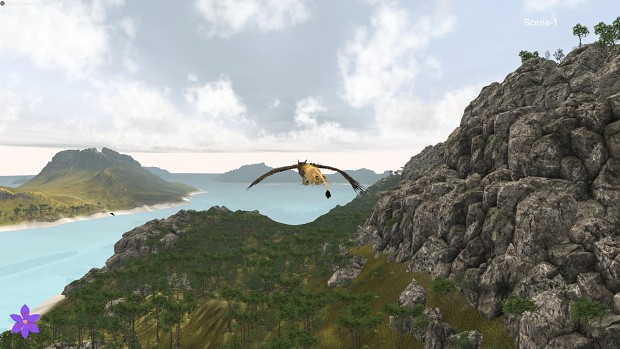 The flight mechanics are getting smoother, but the swimming system for the Elf and Azartash needs more work this week, as our level designers are starting to populate the underwater world a lot more. If you're playing the alpha, there is already one character unlock underwater. 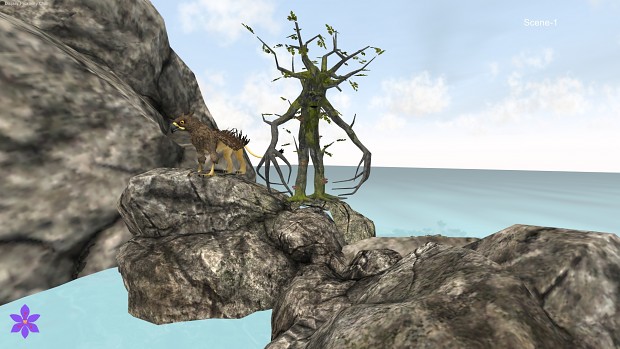 I had my first experience of wander yesterday (24.03.13) and that's exactly what I did. Wandered. I went through the water to the other island and I used space bar to half jump/half fly up the rocks. I noticed in my travels a lot of seeing both above screen and below screen. This did depend on the angle of the mouse but also in general the roots of the trees where visible. I also was able to walk through rocks. This was something I thought perhaps was not an intention of the game. I found nothing and I did get annoyed at the slow movement of the tree character. I think, from previous experience of games of this ilk, the movement does tend to be a point of contention. Obviously, as I read in the forum, to find the rocks one does need an extremely keen eye, (I myself have not found one yet), and so moving too quickly could mean these items are missed. So the point there being that the slow movement may well be intentional.

Anyhoo, I am going back in again and this time I hope some folk will chat with me. I did say hello but I felt that perhaps I was the only one in the game. This I found unlikely. I also hope to be able to find something. Anything. It could get a trifle boring if not.

I am not sure if going forward you will have 'footprints' in the sand but as it was, my tree foot seemed to disappear as I was walking.

The pictures where nice but if they where more realistic it would be nicer.

OK...I have put my tuppence worth in, I hope it makes sense and perhaps has some value. I will add to forum as and when things come up - ttfn :D