Version 2.1 of the Mystery Dungeon inspired roguelike, Voyage to Farland, has plenty of graphical and UI improvements.

Version 2.1 of Voyage to Farland has been released on Desura! It has UI and graphical improvements, a few bug fixes and a more prominent role in the Noteworthy Achievements list for the enigmatic NPC called the "ToyRobot".

But that's not all! An even bigger update (v2.2) is coming soon with wider window and fullscreen support for a more immersive experience. 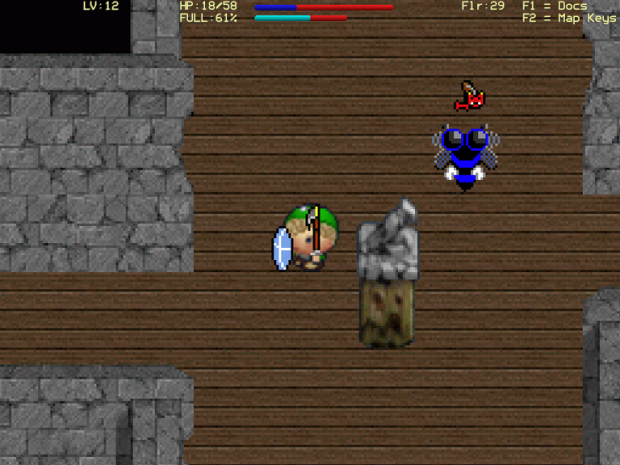 Check out the game page for videos and screenshots, the forum for hints, and the developer blog for insight into the history and design of the game. As always, the dungeon awaits you!