Virtual Desktop releases trailer, allowing you to use your computer in VR.

Counting down to it's March 28 release date, the Virtual Desktop team have published a trailer showing off features & functionality of their VR software. The majority of VR hype at the moment is surrounding it's use in games so it is interesting to see how else the technology can be applied to bring us unique and creative experiences outside the gaming spectrum. 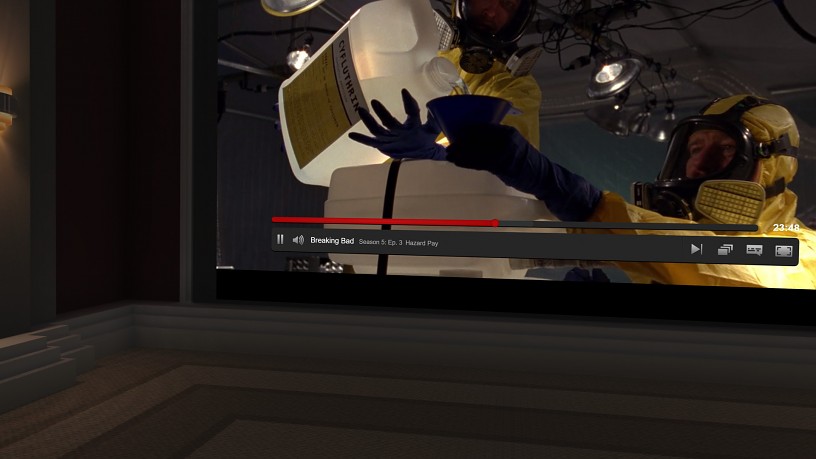 Virtual Desktop is exactly what it sounds like, allowing you to use your computer in VR on a giant virtual screen compatible with both the HTC Vive and Oculus Rift. Whether you'd like to watch Netflix in a virtual cinema or simply browse the web (with multiple monitor support), Virtual Desktop caters to range of varied activities that can be undertaken in VR.

So what other goodies does Virtual Desktop feature?

The team's steam page also lists that there will be partial controller support available. Putting aside VR's application to enrich gaming experiences, does VR interest you as an alternative for any of the mentioned activities? Feel free to have your say below in the comments section.

All that's missing is a spherical desktop environment! And Linux support!

Nah the only thing that looked like it's missing was tracking, I noticed he used his mouse to click & open etc.

If this is true, there's still some work to go before you can use your headset without Keyboard n Mouse.