The 1.1 update to the Civics Expanded+ mod is now out! It now also includes things like policies and edicts!

Welcome to the 1.1 update patch notes for Civics Expanded+! It's a relief to finally get this out! Now, onto version 1.2...

Anyway, here are the patch notes! 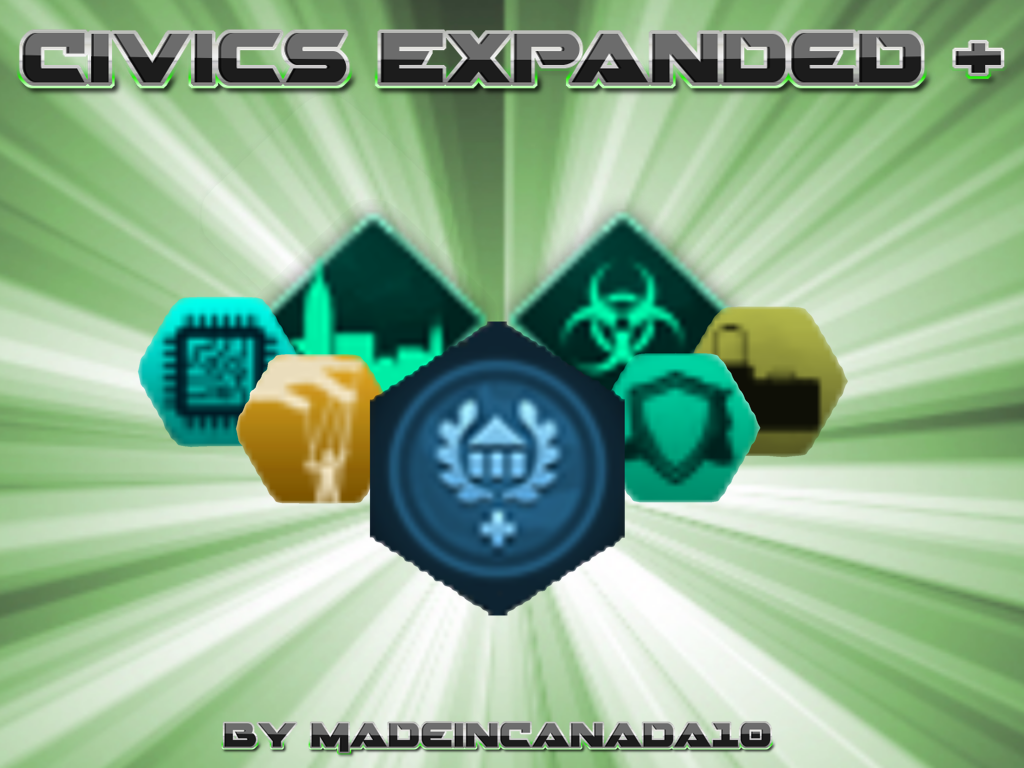 Okay, back to the issue mentioned last week. If you don't want to be spoiled, don't read this part. So, when you choose the Arcology Masters origin, it allows you to terraform other planets into Ecumenopli immediately, but the main part is that your homeworld is an Ecumenoplis. Now, the issue is as follows:

Your city looks like it's in the air. But only in empire selection. This is because that is what the Ecumenoplis background looks like, you just can't see it because your massive cities are covering it. However, in empire selection, I can't make the large version of your city appear (not to my knowledge). Again, once the game is loaded, this is fixed, because the game realises that it's an Ecumenoplis.

Oh, and after a few days, miner, farmer and other district jobs disappear, resulting in mass unemployment. This is partially intentional, but it'll probably be fixed in the next update.

That hopefully won't ruin your game, but I can't think of a way around it just yet; if possible, it will be fixed in the following update. Remember, there will be a dev diary on Friday. Have fun with the update!