A quick listing of the updates featured in the past two versions of closed testing, to keep anyone who's interested in Alternate Worlds in the loop with what's going on.

Version 0.1a is the first version of Alternate Worlds and is the first stage of alpha testing, the update notes for this version are listed below. Due to the fact that this is the first publicised version of the game, this update only lists the main framework for the base of the game. 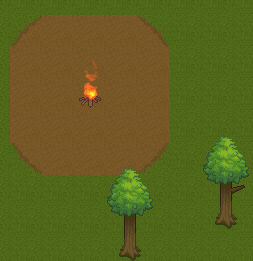