The turn-based, yet strikingly action-packed two dimensional indie game 'Urban Pirate' has just been greenlit by all you cool folks who have commented, voted and supported this debut title by BD Games

Believe it or not. There is still hope for a blocky, chipped up, anti-hero in both games and gamer communities.

Yesterday I got some good news - Urban Pirate is to be released on Steam (edit: or should we say May/June this year) (pirate time). Of course this is perfect timing as I am working really hard finishing the levels, tying up the story and making everything come together. But it's still all palm trees and blue sky from here...

I even had the chance to upgrade the whole design of the very game mode, meaning besides the juicy main story mode there is the never-ending Arcade Mode to dive into... head-to-head, or all alone. Can't wait to share about this but it'll still be some time.

The game should, at the end, hopefully be supported by Windows, Mac and Ubuntu computers. I am dreaming of releasing the game for PS4 and C64 as well. But let's see what happens. And hey. Perhaps the studio's staff might even double this year!!

If you haven't heard about Urban Pirate before, go try the game or visit the game's website (http://www.urbanpirate.babyduka.com). So far there is a fully playable demo of some of the beta game from January 2016 (the alpha was released October 2015).

(please note, the game is not close to finished yet this demo represents the core values (visual and audible)) 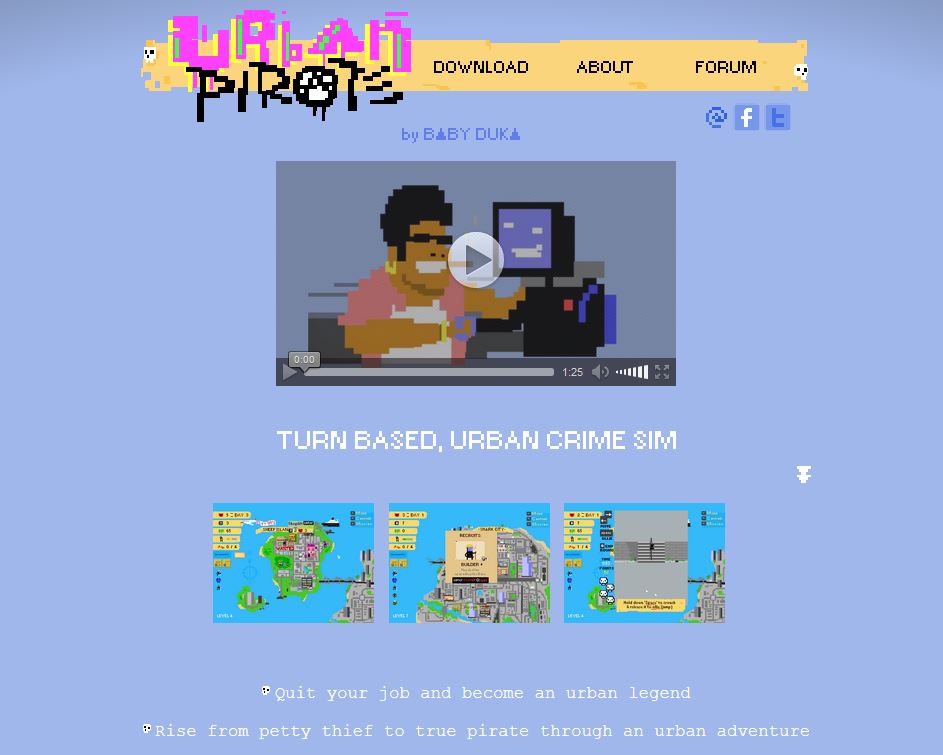 (sample of the already old-school version of the pirates' page urbanpirate.babyduka.com)

So with a crowd of fans, pirates and players like you, it's no prob and pure fun to wrap this one up and it should leave you with hours of game play? So get ready for an exciting month and tell your friends!