I have been working on Small Chronicles' league mode since the previous update. Read on for what interesting new things have been added!

I have been working on Small Chronicles' league mode since the previous update ~ There are some interesting things that have happened or changed since then.

Ironically I wrote the script at the server to do just that. So here is what random matches are really all about. 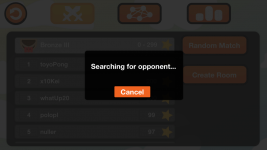 Once you have started searching for an opponent, the game essentially walks up to the server and says, "Hey I need an opponent for my character. Choose 1 randomly who's like +/- 5 levels of mine". 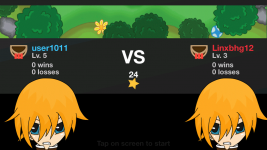 And that is what you will see once the game receives the notification that an opponent is found. At first glance, you will notice that your character is on the left while your opponent is on the right. Blue is friendly and red represents hostility right?

The game randomly decides where your opponent and your character starts on the map. So if you are using Kon (the fighter) and your opponent is Lyea (the mage) who's weak against physical attacks, you are lucky if both of you start next to each other! 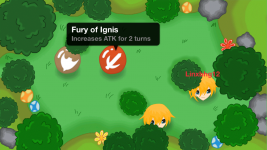 Now remember that moment when you use your characters' skills against monsters and they just work? 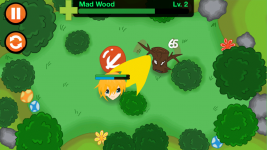 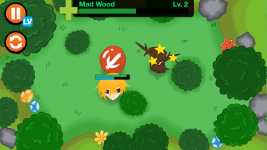 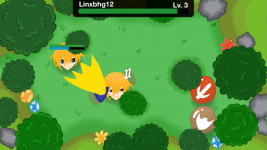 If you have noticed above, Kon's charge skill doesn't stun the opponent if it was blocked! And what's more? The opponent can stun your character if you're not careful! 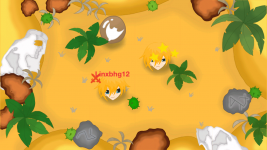 Luckily, unlike monsters, opponents have limited mana points (MP) so they can't use their character skills forever. Pitting characters and their skills against each other allow for similar interesting situations to occur and I can't wait to see more of it!

As of the moment, I am working on allowing most of Kon's skills to accommodate for those unique scenarios (skills vs skills). So if you want to follow my regular or up-to-the-minute updates, be sure to follow @SmallChronicles or like Small Chronicles on Facebook!